The Realty Concierge is a group of proud real estate agents in Stow MA. Our core values of commitment, compassion, technical innovation, consistency, and boldness, accelerate as well as give us a measurable edge and impact on buying and selling.

With a population of 6590 and a median income of unknown, Stow is an excellent location with an extremely active market.

Stow is located right outside of Boston and has been frequently voted one of the best communities to live in. When it comes to buying a house in Stow, look no further than The Realty Concierge and our real estate agents in Stow, MA!

To learn more about any of the services that The Realty Concierge provides to Stow, call us at 781-349-6179 or fill out a contact form online.

The Realty Concierge’s highly trained and talented real estate agents have been helping home buyers and sellers in Stow for over 5 years. The Realty Concierge agents use many techniques such as photos, interactive floor plans, real estate websites, reverse prospecting, social media, and more. Our main goal is to attract as many potential buyers to your home as possible, because we know exactly how much your home has to offer! 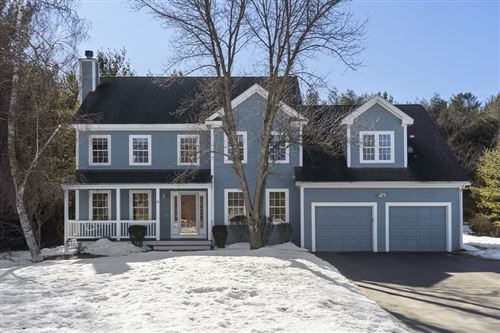 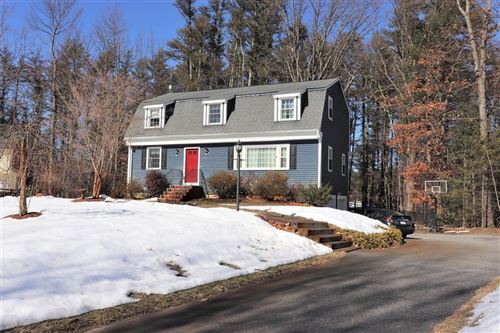 Previous to its incorporation in 1683, Stow was called Pompositticut Plantation. Stow was officially incorporated in 1683. The earliest Colonial settlers, c. 1660, were Matthew Boon and John Kettell, who settled the land of Tantamous (Jethro), a Native American, whose land was called “Pompocitticut.” Boon settled by a pond (later bearing his name: Lake Boon) with a vast tract of land surrounding him. It is said that he traded all this for a single jackknife. A monument bearing his name is located on the plot of land where he formerly resided. John Kettell took up residence in a portion of land in the southwestern corner of Stow where another monument marks the alleged site of his farm. Both families were affected by King Philip’s War, an attempt by Native Americans to drive out colonists. Boon and Kettell were killed. Their families had been moved to other locations, and survived. The area that was to become Stow was not resettled by colonists for several years.

The original development of Stow – a mile east of the current center, became known as Lower Village after a meeting hall, and later, churches, were built to the west. The old cemetery on Route 117/62 is officially Lower Village Cemetery. On October 28, 1774, Henry Gardner, a Stow resident, was elected Receiver-General of the Massachusetts Provincial Congress, the government of Massachusetts during the American Revolution. After the war, Gardner served as state treasurer. Gardner’s grandson, also Henry Gardner, was the governor of Massachusetts from 1855 to 1857.

As with many colonial era Massachusetts towns, Stow started with a large area and gave up land as newer, smaller towns were created. Stow ceded land to Harvard (1732), Shirley (1765), Boxborough (1783), Hudson (1866) and Maynard (1871). Stow lost 1300 acres (5.3 km2) and close to half its population to the creation of Maynard. Prior to that, what became Maynard was known as “Assabet Village” but was legally still part of the towns of Stow and Sudbury. There were some exploratory town-founding efforts in 1870, followed by a petition to the Commonwealth of Massachusetts, filed January 26, 1871. Both parent towns opposed this effort, but state approval was granted April 19, 1871. The population of the newly formed town – at 1,820 – was larger than either of its parent towns. In return, the new town paid Sudbury and Stow about $23,600 and $8,000 respectively. Sudbury received more money because it owned shares in the railroad, the wool and paper mills were in Sudbury, and more land came from Sudbury.

In 1942 the U.S. Army seized about one-tenth of the town’s land area, from the south side, to created a munitions storage facility. Land owners were evicted. The land remained military property for years. In 2005 it became part of the Assabet River National Wildlife Refuge.

The modern butternut squash was developed by Charles Leggett in Stow in 1944.

On New Year’s Day, 1984, Kevin Walsh took off from Minute Man Air Field with 57 helium balloons tied to a lawn chair, later descending by parachute. He was cited with four violations of FAA regulations and fined $4,000. He reached an altitude of 9,000 feet (2,700 m).

Major bodies of water are Assabet River, Elizabeth Brook, Lake Boon, White’s Pond and Delaney Flood Control Project, in the northwest corner. The Assabet River flows through Stow from west to east, spanned by three bridges. Average flow in the river is 200 cubic feet per second. However, in summer months the average drops to under 100 cfs. The flood of March 2010 reached 2,500 cfs. Recent, monthly and annual riverflow data – measured in Maynard – is available from the U.S. Geological Service.

Stow uses the Open Town Meeting form of town government popular in small to mid-sized Massachusetts towns. Anyone may attend a town meeting, but only registered voters may vote. Before the meeting, a warrant is distributed to households in Stow and posted on the town’s website. Each article in the warrant is debated and voted on separately. Stow does not require a defined minimum of registered voters to hold a town meeting and vote on town business, i.e., zero quorum. Important budgetary issues approved at a town meeting must be passed by a subsequent ballot vote. Stow’s elected officials are a five-member Board of Selectmen. Each member is elected to a three-year term. Also filled by election are the School Committee, Housing Authority, Randall Library Trustees and a Moderator to preside over the town meetings. Positions filled by appointment include the Town Administrator and other positions.

On the federal level, Stow is part of Massachusetts’s 3rd congressional district, represented by Lori Trahan. The state’s senior (Class I) member of the United States Senate is Elizabeth Warren. The junior (Class II) senator is Ed Markey.