The Realty Concierge is a group of proud real estate agents in Leominster MA. Our core values of commitment, compassion, technical innovation, consistency, and boldness, accelerate as well as give us a measurable edge and impact on buying and selling.

With a population of 41579 and a median income of 58205, Leominster is an excellent location with an extremely active market.

Buying A Home in Leominster, MA

Leominster is located right outside of Boston and has been frequently voted one of the best communities to live in. When it comes to buying a house in Leominster, look no further than The Realty Concierge and our real estate agents in Leominster MA!

To learn more about any of the services that The Realty Concierge provides to Leominster, call us at 781-472-1101 or fill out a contact form online.

Selling A Home in Leominster, MA

The Realty Concierge’s highly trained and talented real estate agents in Leominster MA have been helping home buyers and sellers in Leominster for over 5 years. The Realty Concierge agents use many techniques such as photos, interactive floor plans, real estate websites, reverse prospecting, social media, and more. Our main goal is to attract as many potential buyers to your home as possible, because we know exactly how much your home has to offer! 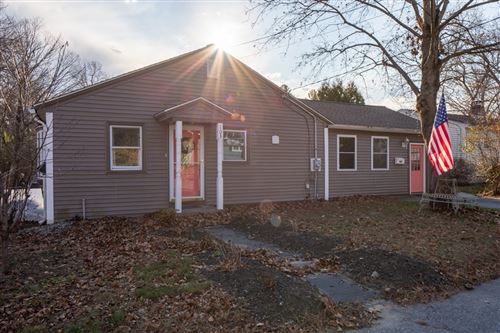 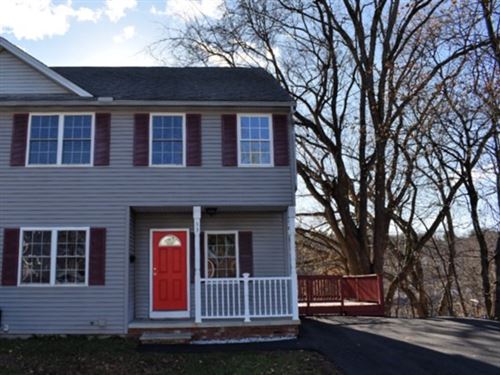 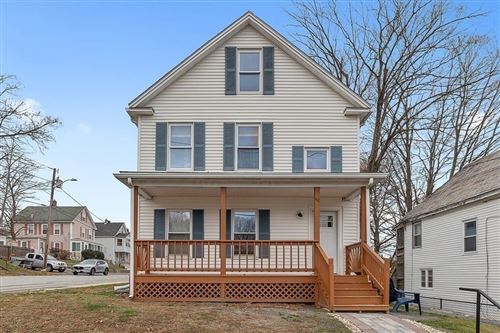 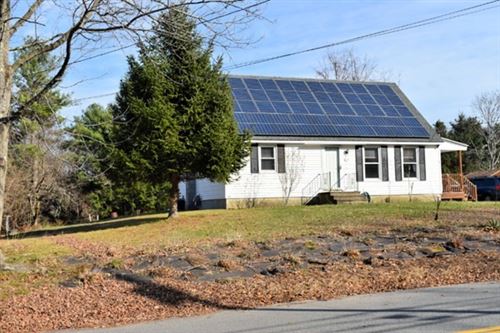 Probably taking the name from Leominster, Herefordshire, England, the region was originally inhabited by various divisions of the Pennacook or Nipmuc Native Americans, who lived along the Nashua River. The river provided fertile soil for the cultivation of corn, beans, squash and tobacco. European settlers began arriving in the mid-17th century and in 1653, the area of Leominster was first founded as part of the town of Lancaster.

The European settlers and native people lived peacefully for a number of years, until the start of King Philip’s War in 1675. The violent war between the native Indians and early settlers killed hundreds of people and drove off the inhabitants from the area. After the war, Lancaster remained virtually deserted until a new land grant was offered to residents in 1701. To prevent further conflict with the native Indians, the settlers negotiated with Chief Sholan of the Nashaway tribe for the land. It would be the only parcel of land to be legally purchased in Central Massachusetts.

Around the time of the Civil War, Leominster was a major contributor in the Underground Railroad. The Emory Stearn Schoolhouse and the John Drake home, led anti-slavery campaigns and helped house fugitive slaves.

In Leominster’s early existence, the town was primarily a small farming community, but towards the beginning of the 19th century, the economy quickly shifted into manufacturing. The town became a regional transportation hub around 1800, with the opening of the Fifth Massachusetts Turnpike and the connections of the Union Turnpike and Cambridge and Concord Turnpikes in 1808. However, manufacturing in Leominster was truly made possible by the opening of the Fitchburg Railroad that ran through North Leominster and into Boston, and the Fitchburg and Worcester Railroad that ran through the center of town. By the 1850s, paper mills, piano makers, and comb manufacturers had established factories along the Monoosnoc Brook and Nashua River. While the earliest settlers in Leominster were primarily of British ancestry, many immigrants soon gathered to work in Leominster’s expanding factories. The first group of immigrants was primarily Irish, followed by the French Canadians and the Italians into the early 20th century. These new waves of immigrants caused the population to surge from just 2,069 in 1840 to 19,744 by 1920. On November 2, 1915, Leominster was officially chartered as a city.

While many different industries established themselves in Leominster, it was the comb industry that particularly flourished. Construction of combs was a time-consuming and painstaking process, involving preparation of the natural materials such as animal horn, roughing out of a basic form, and finally, individual cutting of the teeth. By 1853, there were already 146 employees working in 24 different comb factories across the town. By the mid-1800s, however, availability of the natural materials used to make combs, such as animal horns and hooves, was diminishing rapidly, and an alternative material was needed.

The solution would come in a new material called celluloid invented in 1868. The new plastic would revolutionize the comb industry and give Leominster the nickname the “Comb City”. The versatility of celluloid would also give manufactures the opportunity to expand to many different products outside of combs. The largest plastic manufacturer in the city was the Viscoloid Company founded by Bernard Wendell Doyle in 1901. In 1914, the Viscoloid Company pioneered making toys out of pyroxylin plastic, and by 1923 the company was the largest employer in Leominster. Viscoloid would be sold to The DuPont Company in 1925, and renamed the Dupont Viscoloid Company.

The second invention to revolutionize plastic production in Leominster was the development of modern injection molding.Samuel Foster, a Leominster resident of German ancestry, first worked for the Viscoloid Company, then established his own business, Foster Grant. In 1931, Foster visited Jack Goodman’s New York factory and learned about an injection molding machine, invented in Germany in the early 1920s. Foster ordered several of the new machines, and had them secretly shipped via Worcester to his Foster Grant manufacturing factory in Leominster, where his mechanics focused on getting them to work and modifying them. Molding technology made it possible for Foster Grant to make not only combs, but a wide variety of other articles, including plastic sunglasses, selling 20 million pair in 1937. The new technology would pay great dividends for the plastic industry in the city and the country. Soon the city would be coined the “Pioneer Plastics City” for its important history in the plastics industry.

Leominster was also the home of Tupperware, founded in 1938 by Earl Tupper. His “wonderbowl,” with its airtight “burping” seal became popular after Brownie Wise convinced him to demonstrate and sell Tupperware at home parties.

In 1956, the plastic pink flamingo lawn-ornament was invented in Leominster for Union Products. The famous lawn-ornament was designed by Don Featherstone, and was modelled after pictures of flamingos in National Geographic.

Although the Great Depression slowed the plastic industry in Leominster, it was not until the late 20th century that there was a full-scale decline in plastic manufacturing. Following the national trend, manufactures were moving out of the cities to cheaper alternatives across the country and overseas. Despite the changing landscape, the population of Leominster would continually rise into the 21st century, surpassing her twin city of Fitchburg in 2000 as the second largest city in Worcester County. The Latino communities of Leominster also saw huge growth towards the later half of the 20th century.

In recent decades, Route 2 and the building of I-190 have further transformed the city into a more commercial and suburban landscape. The construction of the Twin City Plaza, Mall at Whitney Field and other shopping centers have all contributed to significant commercial growth in the city and have made Leominster one of Central Massachusetts’ largest retail destination. Inexpensive land cost has also made the city an attractive living destination for commuters to both Worcester and Boston. Nevertheless, Leominster still preserves some of its manufacturing heritage and many plastic manufactures retain establishment in the city.

Leominster is primarily located on a plateau above the Nashua River. The river runs through the eastern proportion of the city and then cuts through the northern part of the city as it meanders towards Fitchburg. Northern and Western Leominster have a more rugged terrain defined by scattered hills. The most prominent hills are both the North and South Monoosnoc Hills in the western part of the city. The South Monoosnoc Hill is the highest point in the town at 1,020 feet. In the 19th century, the south hill was quarried for granite used in home foundations. West of the two hills lies the No town Reservoir and Leominster State Forest. To the east, lies the Monoosnoc Brook which winds through the center of town and was an important power source for early manufacturers.

The city is divided into several small “villages” such as French Hill, a large hill covered in planned blocks of “triple decker” apartment houses located from 1st Street to 12th Street. It is called French Hill because this is where the large immigrant French population took root. In the early 20th century, on Lincoln Terrace, immigrating Italian families began to arrive in the area and built a semi-closed society which existed for many years. The French population built a new church and moved closer to it. Other areas include Morse Hollow, North Leominster, Rice Hill, the Flats, the Bowery, the West Side, and the Car Barn area, located along the Fitchburg border, so-called because the Fitchburg & Leominster Railway trolley cars were stored and maintained in this area. It now has buses. A granite marker showing the birthplace of Johnny Appleseed can be found on Johnny Appleseed Lane.

Leominster operates under a mayor–council form of government in which the mayor holds sole executive power. The city is divided into five wards and voters select a mayor, a council member representing their ward and four at-large council members. The mayor has the power to appoint department heads and members of city boards, subject to approval by the city council. The current mayor of Leominster is Dean J. Mazzarella. Mazzeralla was sworn in on January 3, 1994 and is serving his eleventh term as mayor. He is the longest running mayor in Leominster history.

Commuter rail service from Boston’s North Station is provided by the MBTA with a stop in North Leominster on its Fitchburg Line.

Fitchburg Municipal Airport, an airport in neighboring Fitchburg, serves as the air-hub of the area.