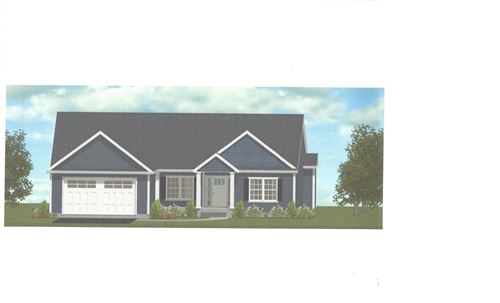 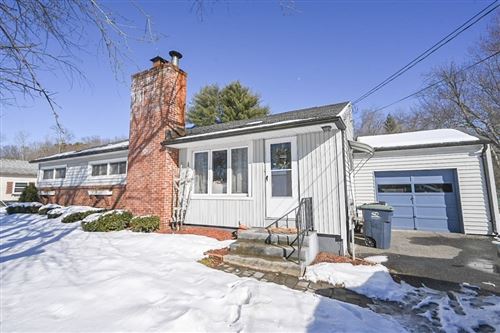 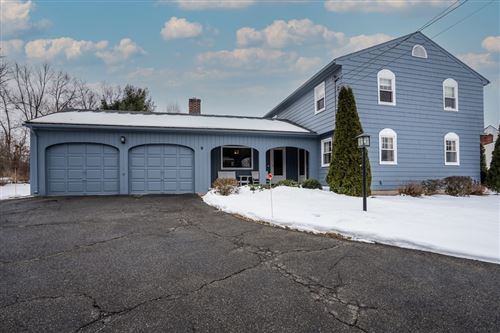 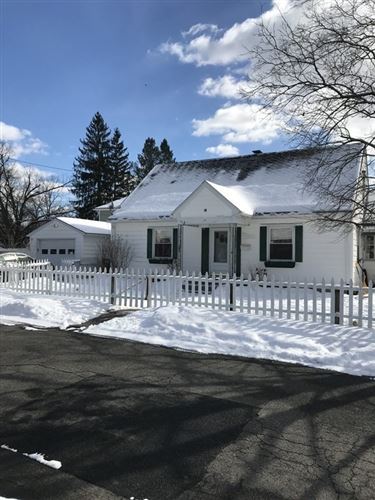 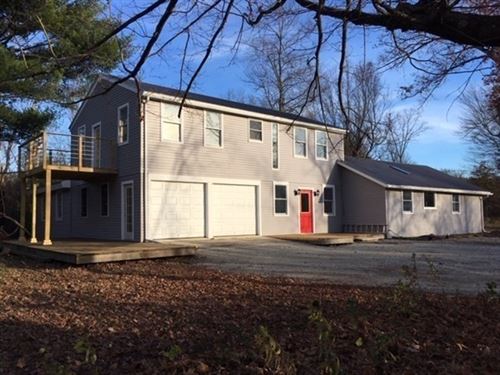 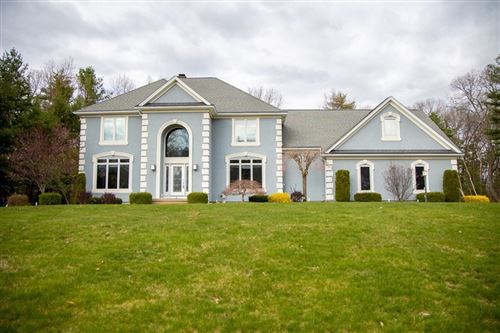 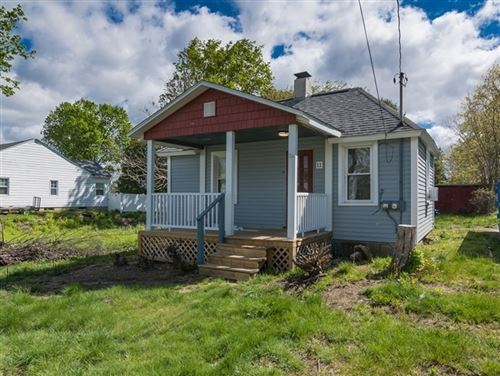 The Realty Concierge is a group of proud real estate agents in Wilbraham MA. Our core values of commitment, compassion, technical innovation, consistency, and boldness, accelerate as well as give us a measurable edge and impact on buying and selling.

With a population of 3385 and a median income of 113077, Wilbraham is an excellent location with an extremely active market.


Buying A Home in Wilbraham, MA

Wilbraham is located right outside of Boston and has been frequently voted one of the best communities to live in. When it comes to buying a house in Wilbraham, look no further than The Realty Concierge and our real estate agents in Wilbraham MA

To learn more about any of the services that The Realty Concierge provides to Wilbraham, call us at 781-349-6179 or fill out a contact form online.

Selling A Home in Wilbraham, MA

The Realty Concierge’s highly trained and talented real estate agents in Wilbraham MA have been helping home buyers and sellers in Wilbraham for over 5 years. The Realty Concierge agents use many techniques such as photos, interactive floor plans, real estate websites, reverse prospecting, social media, and more. Our main goal is to attract as many potential buyers to your home as possible, because we know exactly how much your home has to offer!

The area today known as the Town of Wilbraham first became of interest in 1636 when a young man named William Pynchon (founder of Springfield) purchased the area from the Nipmuc starting at the Connecticut River in Springfield and extending to the foot of the Wilbraham Mountain Range by 1674. Wilbraham was first settled in 1730 by Nathaniel Hitchcock along with what is now Hampden, Massachusetts, as the Fourth District of Springfield. It was also known as the Outward Commons, Mountains or Springfield Mountain. Hitchcock built a log hut along what is now Main St. Hunting and logging took place in the late 17th century.

The Native Americans did not maintain any villages prior to the colonials’ arrival in the Outward Commons; however, they did hunt and fish along the Chicopee River as it was considered good fishing grounds. A soap stone quarry existed on Glendale Road and arrowheads can be found throughout Wilbraham. The poplar trees located along the Chicopee River made excellent canoes, and two have been found carved out along the Chicopee River over the years. The Nipmuc referred to this area as “Minnechaug” which means Berryland.

The major poem “Minneola” (1904) by Chauncey E. Peck tells, over several hundred pages, the stories of the Indians around Wilbraham. The last of which appears to have been an Indian woman named We-sha-u-gan who lived on Wigwam Hill in a wigwam for many years, “after the white man came” (History of Wilbraham, 1863).

Wilbraham’s first church was the First Congregational Church, which was organized on June 24, 1741. This church would later merge into the Wilbraham United Church. The first minister of the town was Mr. Noah Merrick. The first three selectmen were Lieutenant Thomas Mirick, Deacon Nathaniel Warriner and Stephen Stebbins. Stebbins was the first person to settle in the southern part of the precinct in modern-day Hampden when he built a house on the north side of the Scantic River in 1741.

After many years of submitting petitions to the Massachusetts General Court the town was officially incorporated as the independent “Wilbraham” in 1763, when its population was about 400. Wilbraham was made a separate town because of the walking distance to Springfield, along with differing interests made the people of the fourth precinct petition several times for a new town to be incorporated.

On August 7, 1761, on Wilbraham Mountain a young man named Timothy Merrick was bitten by a rattlesnake and died soon afterward. Folklore and legend has made its way over the years about this incident including a song titled “On Springfield Mountain”. The incident probably took place within what is now the adjoining town of Hampden, but at the time was still part of South Wilbraham — though some have claimed it was as far south as Connecticut. This song was one of the earliest of the American ballads.

The Bay Path trail once ran through the north end of the town. It was this trail that Henry Knox used when he moved the cannons that he captured at Fort Ticonderoga in 1775. These cannons were brought to Boston (being pulled by oxen) and placed on Dorchester Heights and used against the British. Knox led the artillery train through the town.

The first President of the United States, General George Washington, traveled through the town twice and on one occasion slept at a home along the Bay Path in 1790 while on his way to and from Boston.

On April 29, 1799, a tragedy on Nine Mile Pond took the lives of six people, including three 16-year-old girls. The boat that they were traveling in overturned. One of the victims was not found for sixteen days and a ditch had to be dug in order to drain the pond to find her. This ditch located across the street on Boston Rd became the first town dump.

The Underground Railroad ran through the town and several houses along Main Street and on Wilbraham Mountain served as stations.

The Wilbraham town center is among the largest designated historical areas in the country, with fine examples of colonial and Victorian homes from as early as the 1730s along the historical areas of Main Street. The oldest Methodist meeting house in New England is located in the town’s center, as is the campus of Wilbraham & Monson Academy, founded in 1804.

North Wilbraham was the industrialized area of the town and was home to the Collins Manufacturing Company and other businesses. The Collins Manufacturing Company was once the main employer of the town. The building, also known as the Collins Paper Mill (which still stands today), was built circa 1872. It made fine writing paper and, for a short time, made government currency paper. The mill officially closed down in 1940, but some sections continued operating into the 1950s. A fire in 1945 did severe damage to the building, which now stands vacant.

Wilbraham at one time was very famous for its peach orchards and some are still grown on the slope of the Wilbraham Mountain Range. Apples were also grown on the slopes and Rice’s Fruit Farm, which first opened in 1894, still sell fresh apples, apple cider, apple pies and other items.

Wilbraham Center was the farming area of town and was home to Bennett’s Turkey Farm, Pheasant Farm and Rice’s Fruit Farm which grew the peaches later celebrated during the Peach Festival. Wilbraham had several potato farms in the south end of town around the time of World War II. None of those farms remain in operation today. Wilbraham was once the home of a speakeasy called “Worlds End” on Burleigh Road. It was destroyed by a fire in the mid-1930s.

In the summer of 1928, author H. P. Lovecraft stayed with the teacher and antiquarian Miss Evanore O. Beebe (co-author of the town’s first history in 1913) at her farmhouse on Monson Road in west Wilbraham, touring the locality with his friend and author Mrs Miniter who was a local. He later modeled the fictional town of Dunwich on the combination of towns in the area, in his story “The Dunwich Horror”. He also used the area’s folklore in the story. After his death Lovecraft’s executor August Derleth later wrote the story “The Peabody Heritage”, set in Wilbraham. She died in 1935.

The hurricane of 1938 did considerable damage to the town and destroyed the old covered bridge over the Chicopee River on Cottage Ave. A steel bridge rests there today.

During World War I, the town suffered the loss of George M. Kingdon who died fighting in France. He was Wilbraham’s only casualty.

The flood of 1955 washed out many of the roads in the town. The dam near the Chicopee River gave way washing out the railroad tracks and parts of Mountain Road and Boston Road.

On the afternoon of June 1, 2011, two tornadoes struck Wilbraham: an EF-1 and an EF-3. The EF-3, which originated in Westfield and traveled through West Springfield and Springfield, caused extensive damage to the Tinkham Road corridor of the town. Heavy structural damage to homes, power poles, and trees was experienced. That tornado then moved eastward to cause extensive damage to the towns of Monson, Brimfield and Sturbridge. The EF-1 formed after the EF-3 and primarily caused damage to power poles and trees along a section from Stony Hill Road east crossing Main Street, just south of St. Cecilia’s Church to Crane Hill Road.

Wilbraham is situated in such a way that its area lies within two broad physiographic provinces that cross Massachusetts from north to south. The Wilbraham Mountains which dominate the geography of the town are part of the Central Upland of Massachusetts, while the portion of town west of the mountains lies within the Connecticut Valley Lowland. Millions of years ago, the flat area of Wilbraham west of the mountains were once part of a shallow inland sea.

Wilbraham also has the Wilbraham Mountains range, which starts at the north end of town and extends into Hampden. The highest point in town is Mt. Chapin at 937 feet above sea level. Other high peaks are Mount Vision (formerly Rattlesnake Peak) and Wigwam Hill.