Let The Realty Concierge help you find the best Houses & Homes For Sale in Weston Massachusetts. We specialize in all purchase and sale transactions. 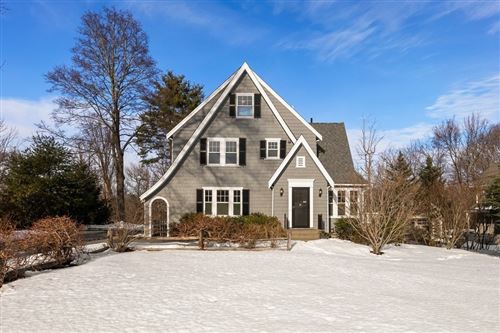 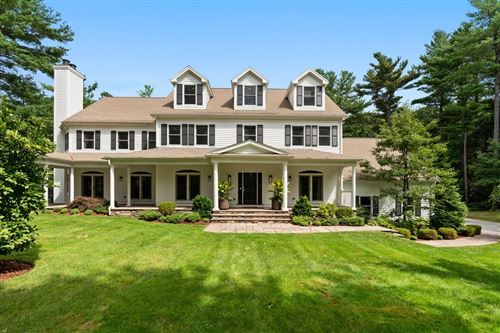 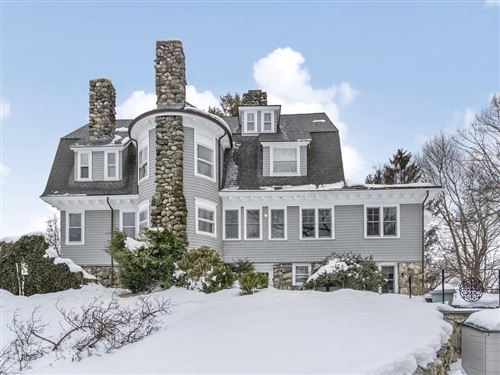 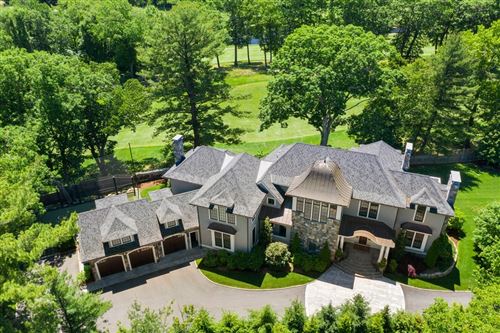 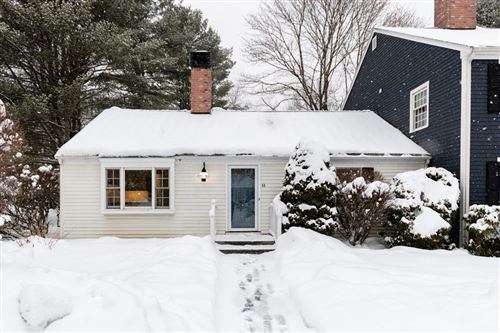 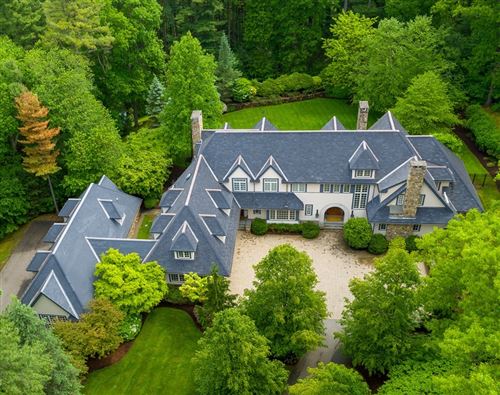 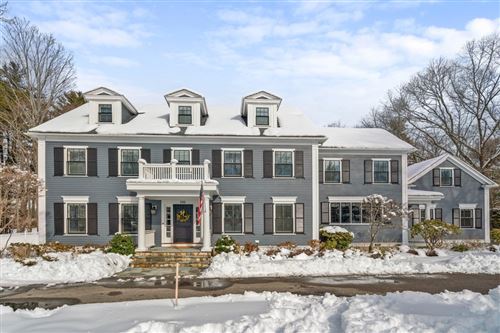 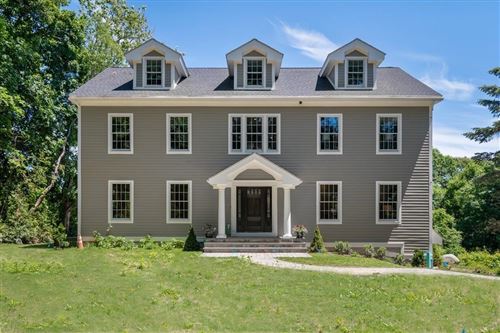 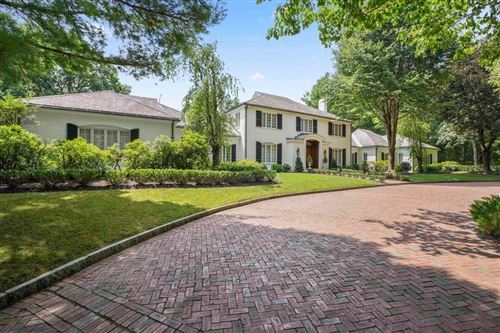 The Realty Concierge is a group of proud real estate agents in Weston MA. Our core values of commitment, compassion, technical innovation, consistency, and boldness, accelerate as well as give us a measurable edge and impact on buying and selling.

With a population of 11261 and a median income of unknown, Weston is an excellent location with an extremely active market.

Weston is located right outside of Boston and has been frequently voted one of the best communities to live in. When it comes to buying a house in Weston, look no further than The Realty Concierge and our real estate agents in Weston MA

To learn more about any of the services that The Realty Concierge provides to Weston, call us at 781-349-6179 or fill out a contact form online.

Selling A Home in Weston, MA

The Realty Concierge’s highly trained and talented real estate agents in Weston MA have been helping home buyers and sellers in Weston for over 5 years. The Realty Concierge agents use many techniques such as photos, interactive floor plans, real estate websites, reverse prospecting, social media, and more. Our main goal is to attract as many potential buyers to your home as possible, because we know exactly how much your home has to offer!

The description of Weston’s history here is pulled directly from the 2017 Weston Open Space and Recreation Plan.

Weston was originally part of the Watertown settlement of 1630, but until the end of the century, the land was used mainly for grazing cattle. In 1698, “The Farms” was set off as a separate precinct with its own meetinghouse; and in 1712–13, the “Farmers’ Precinct” was incorporated as a separate town, Weston.

Early settlers discovered that the amount of useful agricultural land was limited, as was the potential for water-powered industries. Weston did have one advantage: it was situated along the main route west from Boston. By the 18th century, residents were providing services to travelers on the Boston Post Road. Two taverns of great historical and architectural importance remain today: the Josiah Smith Tavern and the Golden Ball Tavern, which is now a museum. North Avenue was an important route to the northwest and, like the Post Road, hosted shops, blacksmiths, and taverns serving travelers.

Grist and sawmills were established beginning in the 17th century on Stony Brook and in the Crescent Street area. Two important manufacturing enterprises were begun during the Colonial period: the Hews redware pottery on Boston Post Road and Hobbs Tannery on North Avenue. By 1776, Weston’s population of 1,027 was spread throughout the town on scattered farms along major roads, with some consolidation within the village center around the meetinghouse, along the length of the Post Road, and on North Avenue.

The opening of the Worcester Turnpike in 1810 (now Route 9) drew some commercial traffic from the Boston Post Road, but dry goods merchants continued to supply neighboring towns until about 1830–40. The Boston and Worcester Railroad was built through the southeast corner of town in 1834, and the Fitchburg Railroad (later the Boston and Maine) was built along Stony Brook on the north side of town around 1844. Population continued to grow, supported in part by small industries such as the pottery, tannery and related boot and shoe making, school desk and chair factory, tool factories, and shops making machinery for cotton and woolen mills. The Hook & Hastings Company organ factory, Weston’s largest industry, moved to the North Avenue area in 1888 and was a major town employer until it closed during the Great Depression. The Mass Central Railroad, the third to serve Weston, commenced service in 1881. Its tracks ran east–west through the center of town.

The rural landscape of Weston and convenience to rail transportation also made it attractive as a summer resort area. The shingle-style Drabbington Lodge, once a popular summer resort, remains on North Avenue and is now a senior living community.

Development of country estates in Weston began on a small scale in the 1860s and was widespread by 1900. Wealthy businessmen were attracted to Weston by its convenience to Boston, quiet country atmosphere, and low taxes, as well as the beauty of the area and that same rocky topography that in earlier years had proved unsuitable for farming. By the turn of the century, Weston was described as a “country town of residences of the first class.”

Population growth and the influence of large estate owners led to the construction of new institutional buildings, such as the fieldstone First Parish Church (1888), designed by the nationally known Boston firm of Peabody and Stearns and located on the site of earlier church meetinghouses. The first library (1899), central fire station (1914), and present town hall (1917) were also built during the estate era. Coinciding with the town’s Bicentennial in 1913, an ambitious Town Improvement Plan began the process of creating the Town Green by draining and landscaping an existing wetland.

Suburban development began in the early 20th century and increased with the advent of the auto mobile. Two prominent estates, the Winsor estate on Meadowbrook Road and Hubbard estate on the south side, were subdivided after World War I. In the 1910s and 1920s, estates were purchased for educational use (Regis College and Weston College/Campion Center) and as golf courses (Weston Golf Club and Pine Brook Country Club). Many other large properties remained as open farm fields or woodlands through the Great Depression and World War II.

After World War II, construction of Routes 128 and the Massachusetts Turnpike, along with pent up demand for housing, led to subdivision of former estate properties and farms throughout the town. The postwar period was characterized by exponential growth and proactive efforts to control and guide this growth in order to preserve the rural character of the town. In the early 1950s, Weston’s selectmen initiated two important growth-control measures: a zoning bylaw increasing the amount of land needed to build and a land-acquisition policy reducing the amount of developable land by purchasing it for the town. More than half of the town’s housing stock was built in the thirty years between 1950 and 1979 and consisted largely of single family houses on increasingly expensive land. Population growth brought increased demand for town services including schools, and five new schools were constructed between 1950 and 1969. In recent years, the major trend is for many of these postwar houses to be replaced by much larger houses.

The town is bordered by Newton and Waltham on the east; Wellesley to the south; Natick and Wayland to the west; and Lincoln to the north.

As for public transportation, Weston is directly served by three MBTA Commuter Rail stations – Silver Hill, Hastings and Kendal Green – all on the Fitchburg Commuter Rail Line, with an inbound terminus at Boston’s North Station while outbound service heads to Wachusett Station in the city of Fitchburg. Two of those three stations (Silver Hill and Hastings), however, are only served near or during rush hour periods with no weekend service. The commuter trains themselves only operate on half-hour intervals during rush hour; at all other times, trains in both directions operate with roughly 1 to 2-hour headways. Interestingly, the extreme southeastern portion of Weston is within one mile of Riverside Station, a park-and-ride facility which serves the Green Line D branch in the neighboring city of Newton. Given its classification as a rapid transit station instead of a commuter rail stop, Green Line service departs from Riverside more frequently at a rate of one train every 6 to 13 minutes. The station is close enough that Weston residents living in the southeastern part of town can easily reach Riverside Station by car in roughly five minutes or arrive via bicycle in 13 minutes. Also barely east of Weston along U.S. Route 20 lies the starting point of MBTA bus route 70 at the Cedarwood bus stop in neighboring Waltham – just half a mile east from the town line. However, as of December 2019, only 10 inbound trips depart from the Cedarwood bus stop on weekdays – all during rush hour periods – with no weekend service. Bus Route 70 travels from Cedarwood to Central Square in Cambridge to connect with the MBTA Red Line.

Another local bus route – MBTA bus route 558 – technically crosses the border into Weston. Unfortunately, no bus stops for this route are located within the town as its only purpose of entering Weston is to gain access to the Route 128 highway for a short express trip to Riverside Station, where passengers can board this bus for service to Waltham and Downtown Boston.