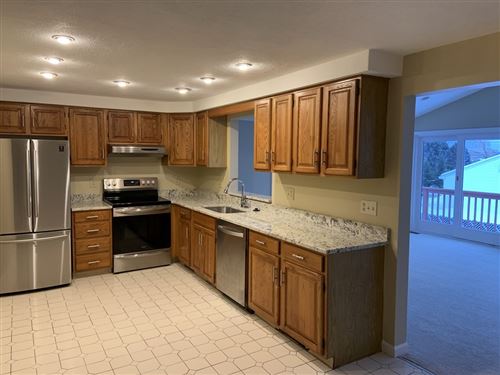 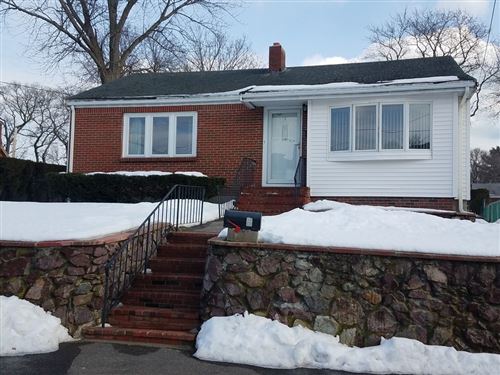 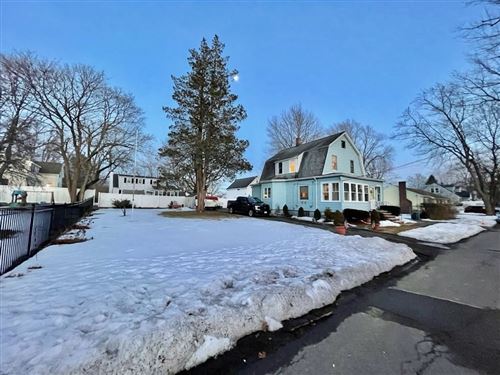 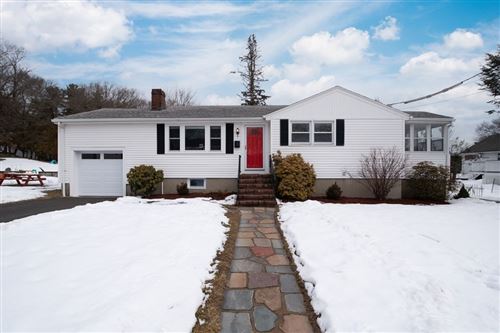 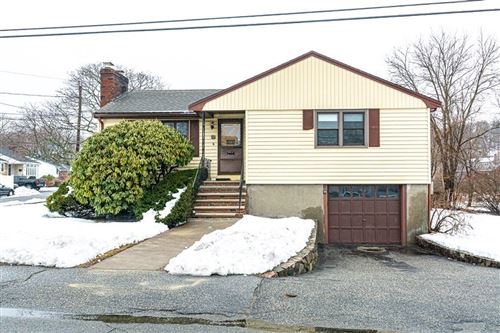 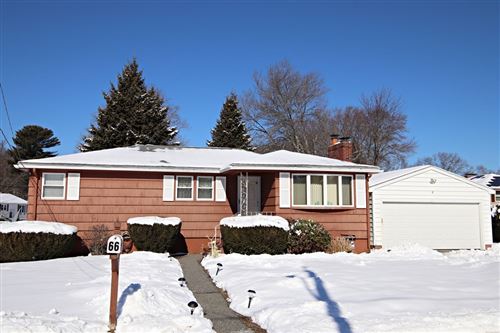 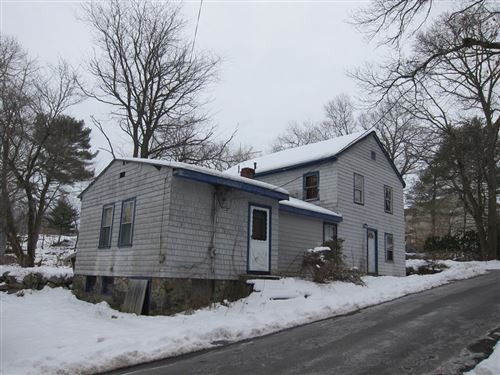 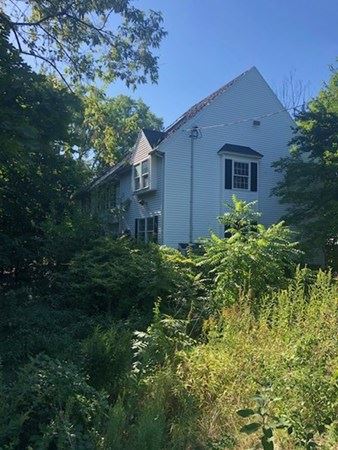 The Realty Concierge is a group of proud real estate agents in Saugus MA. Our core values of commitment, compassion, technical innovation, consistency, and boldness, accelerate as well as give us a measurable edge and impact on buying and selling.

With a population of 28158 and a median income of 80341, Saugus is an excellent location with an extremely active market.


Buying A Home in Saugus, MA

Saugus is located right outside of Boston and has been frequently voted one of the best communities to live in. When it comes to buying a house in Saugus, look no further than The Realty Concierge and our real estate agents in Saugus MA

To learn more about any of the services that The Realty Concierge provides to Saugus, call us at 781-349-6179 or fill out a contact form online.

Selling A Home in Saugus, MA

The Realty Concierge’s highly trained and talented real estate agents in Saugus MA have been helping home buyers and sellers in Saugus for over 5 years. The Realty Concierge agents use many techniques such as photos, interactive floor plans, real estate websites, reverse prospecting, social media, and more. Our main goal is to attract as many potential buyers to your home as possible, because we know exactly how much your home has to offer!

Saugus was first settled in 1629. Saugus is a Native American (Algonquin) name believed to mean “great” or “extended”. In 1637, the territory known as Saugus (which also contained the present day cities and towns of Swampscott, Nahant, Lynn, Lynnfield, Reading, and Wakefield) was renamed Lin or Lynn, after King’s Lynn in Norfolk, England.

In 1646, the Saugus Iron Works, then called Hammersmith, began operations. It was the first integrated iron works in North America as well as one of the most technologically advanced in the world. The Iron Works produced over one ton of iron a day, but was not financially successful. It closed around 1670.

In September 1687, Major Samuel Appleton was said to have given a speech from a rocky cliff near the Iron Works denouncing the tyranny of Colonial Governor Sir Edmund Andros. The place where he is said to have delivered the speech became known as Appleton’s Pulpit.

Nearly 100 men from Saugus fought in the American Revolutionary War. Saugus’ preacher, Parson Joseph Roby, worked to strengthen the spirit of independence in Saugus and was instrumental in seeing that Saugus sent a large contingent to fight in the war.

The nineteenth century ice industry began in Saugus when in 1804 Frederic Tudor cut ice from a pond on the family farm and shipped it to Martinique.

In 1805 the Newburyport Turnpike (now U.S. 1) was built. About four miles of this road was built in Saugus. At first the turnpike was considered a mistake, as it was built over hills and swamps and grass soon grew over the road bed. From 1840 to 1846, the tolls were discontinued and it became a public highway. The invention of the automobile resulted in an increase of traffic on the Turnpike. In 1933 the road was widened and an overpass was added to separate the traffic on Route 1 and Main Street. In the 1950s new businesses began moving to Route 1. Today the businesses along Route 1 generate millions in dollars for Saugus.

The Lynn territory was shortened beginning in 1814 with the incorporation of Lynnfield. On February 17, 1815, present-day Saugus was officially incorporated as a town. The first town meeting was held on March 13, 1815, in the parish church. At the time of its incorporation, Saugus’ population was 784. Its main industry was agriculture.

During the Industrial Revolution, many new industries moved to Saugus. Shoes and woolen goods were made in Saugus Center, and tobacco was manufactured in Cliftondale and East Saugus.

The first town hall was built in 1837. It was built with $2,000 of the United States revenue surplus distributed by President Andrew Jackson. It is currently an American Legion hall. In 1875, the town built its second and current town hall on Central Street. The construction of the town hall put Saugus in a $50,000 debt. For this and other reasons the neighborhood of East Saugus sought to be set off from Saugus and annexed to the city of Lynn. East Saugus was unable to get a bill in both houses of the state legislature, and the issue was dropped after the town appropriated $5,000 for the laying of water pipes through East Saugus.

Passenger trains ran through Saugus from 1853 to 1958 on the Saugus Branch Railroad. There were three Saugus Branch stations in Saugus (Saugus Center, Cliftondale, and Pleasant Hills) and two just outside the town’s borders in Lynn (East Saugus) and Revere (Franklin Park).

During the American Civil War, 155 Saugonians enlisted in the Union Army, and eight others enlisted in the Union Navy. Saugus native Gustavus Fox served as the United States Assistant Secretary of the Navy during the war. The USS Saugus, a Union Navy monitor named after the town, was launched in December 1863. Following the war Henry E. Hone donated a large granite monument to the town of Saugus. The monument, which was designed by Melzar Hunt Mosman and cost $10,000 to build, contains the names of all of the men from Saugus who served during the Civil War on bronze tablets. Above the tablets are two bronze statues, one of a soldier and one of a sailor. It is topped by a granite statue of woman wearing a helmet with an eagle on the top and holding a shield in her right hand, which serves as an allegorical representation of the United States. The monument was erected in the rotary at Saugus Center in 1875.

From 1859 to 1905, Saugus was home to the Franklin Park harness racing track. also known as the Old Saugus Race Track or Saugus Race Course. It closed in 1905 after local citizens complained about the questionable patrons that the racetrack attracted. In 1911 the racetrack became an airfield. In 1912, the property was purchased by the General Aviation Corporation who named it Atwood Park in honor of their most famous pilot, Harry Atwood. The airfield saw the first airmail delivery in New England on May 30, 1912. Pioneer aviators Ruth Bancroft Law and Lincoln J. Beachey flew at Saugus. The airport closed in the 1920s.

On October 8, 1900, George E. Bailey was murdered at Breakheart Hill Farm in Saugus. His legs and torso would be found nine days later in Floating Bridge Pond in Lynn. His head and arms were found there the next day. After a highly publicized investigation and trial, John C. Best was found guilty of murder. He was executed on September 9, 1902.

In 1934, Breakheart Hill Forest, a private hunting retreat located in North Saugus, was purchased by the Metropolitan District Commission for use as a state park. Shortly after purchasing Breakheart, the MDC turned the land over to the Civilian Conservation Corps, which built roads and trails, planted trees, and restored two dams on the property. In 1936, Breakheart Reservation was opened to the public.

In 1948, archaeologist Roland W. Robbins began excavating the site of the Saugus Iron Works, which had become hidden by underbrush since its closure. Based on the archeological evidence gathered by Robbins as well as historical documents and conjecture, the First Iron Works Association, with funding from the American Iron and Steel Institute, reconstructed the Saugus Iron Works. The Saugus Iron Works was opened on September 18, 1954, and operated as a private museum from 1954 until April 5, 1968, when it was renamed the Saugus Iron Works National Historic Site and became part of the National Park Service system.

Saugus is home to the oldest barber shop in the United States. The 112-year-old George’s Barber Shop is located in the Cliftondale section of Saugus.

In the 1970s, the town, led by Town Manager Francis Moorehouse, attempted to transform the area around Route 107 by having an oil refinery and a garbage incineration plant built. Although the refinery plans fell through in October 1975, the incineration plant was completed. It would become the first commercially successful incineration plant in the U.S. and is still in operation today.

In 1989, the attempted murder of Frank Salemme (infamous criminal associate of Whitey Bulger and Stephen Flemmi) by Angelo Mercurio took place in Saugus.

During the 1990s and 2000s, the town’s Capital Improvement Plan, designed by Edward J. Collins, Jr., resulted in the construction of the new public safety building, senior center, library and public works facility. The Saugus Town Hall and the Stackpole Field clubhouse were renovated. In 2001, Town Manager Steven Angelo was able to secure federal funds to dredge the Saugus River, a project that had lingered since the 1960s.

The Saugus American Little League team represented New England in the 2003 Little League World Series. The team finished the tournament in 4th place. Its come-from-behind victory over Richmond, Texas in the tournament’s quarterfinals was nominated for the Best Game ESPY Award.

Since 1947 Saugus has had a Plan E form of government, which is a combination of representative town meeting and Town Manager. Saugus was the first town in Massachusetts to accept this form of government. This plan included a Single transferable vote voting system, but this was abandoned in 1950.

Elections for all seats on the Board of Selectmen, School Committee, Town Meeting, and Housing Authority are held biennially in odd-numbered years.

The Town Manager serves as the chief administrative manager and chief fiscal officer of Saugus, Massachusetts. He or she is appointed by the Board of Selectmen.

The Board of Selectmen consists of five at-large members. The Board serves as the chief policy makers of the Town. Selectmen are ineligible to hold any other town office.