Let The Realty Concierge help you find the best Houses & Homes For Sale in Rehoboth Massachusetts. We specialize in all purchase and sale transactions. 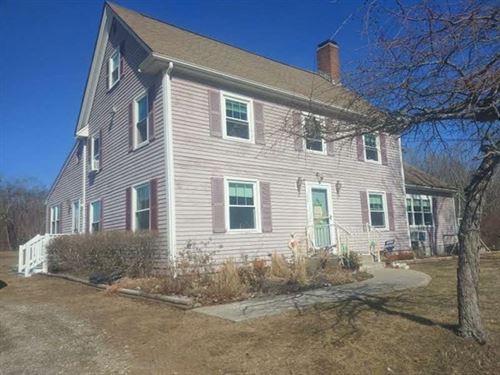 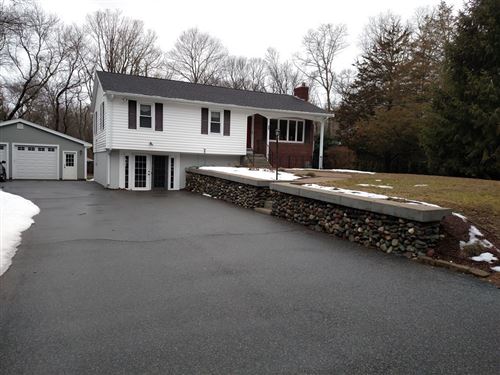 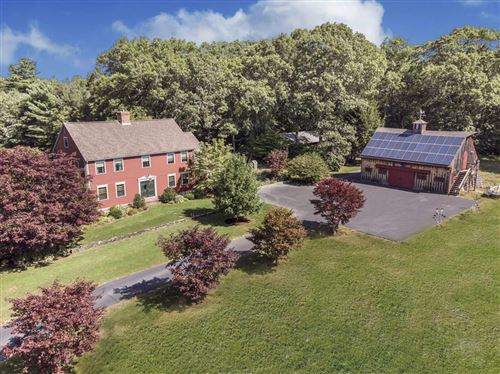 $950,000
Lot Size
21.00 ac
Home Size
5,517 sqft
Beds
6 Beds
Baths
4 Baths
Blown away by this company. I’ve worked with many agents/brokerage’s and this company is without a doubt the best! They were responsive, professional and completely determined when it came to...Read More »
in the last week via Google Kellie McLean
Professional. Responsive. Excellent customer service. I used this company to purchase my first home. Saw a home listed that morning and the agent took me to see it within a...Read More »
a month ago via Google Jeffrey Cluett
Joining The Realty Concierge has been one of the best decisions in my life. I feel honored to be working alongside a team of such dedicated and knowledgeable individuals. Working with...Read More »
in the last week via Google Eileen Turner
Extremely personable, well-informed, and courteous. Was shown a handful of properties and were responsive to all of my questions regarding the surrounding area. Helped effortlessly guide me through the...Read More »
a month ago via Google Andrew McAuliffe
My agent at The Realty Concierge was the best I’ve ever experienced. I got my dream home in the exact location I was looking for at UNDER asking! This is...Read More »
a month ago via Google Nate O'Farrell

The Realty Concierge is a group of proud real estate agents in Rehoboth MA. Our core values of commitment, compassion, technical innovation, consistency, and boldness, accelerate as well as give us a measurable edge and impact on buying and selling.

With a population of 11608 and a median income of unknown, Rehoboth is an excellent location with an extremely active market.

Rehoboth is located right outside of Boston and has been frequently voted one of the best communities to live in. When it comes to buying a house in Rehoboth, look no further than The Realty Concierge and our real estate agents in Rehoboth MA

To learn more about any of the services that The Realty Concierge provides to Rehoboth, call us at 781-349-6179 or fill out a contact form online.

Selling A Home in Rehoboth, MA

The Realty Concierge’s highly trained and talented real estate agents in Rehoboth MA have been helping home buyers and sellers in Rehoboth for over 5 years. The Realty Concierge agents use many techniques such as photos, interactive floor plans, real estate websites, reverse prospecting, social media, and more. Our main goal is to attract as many potential buyers to your home as possible, because we know exactly how much your home has to offer!

Rehoboth was established in 1643, originally by Walter Palmer (born 1585) and William Sabin, it was incorporated in 1645, one of the earliest Massachusetts towns to incorporate. The town is named for the Hebrew word for “enlargement,” (Broad Places) signifying the space settlers enjoyed (God has given us room).

Early Rehoboth, known as “Old Rehoboth,” included all of what is now Seekonk, Massachusetts, and East Providence, Rhode Island, as well as parts of the nearby communities of Attleboro, North Attleborough, Swansea, and Somerset in Massachusetts, and Barrington, Bristol, Warren, Pawtucket, Cumberland, and Woonsocket in Rhode Island. The town was and still is a site of a crossroads which help to serve Taunton, Providence, Fall River and points to the north.

One of the founding fathers of Rehoboth was Samuel Newman, a clergyman from Weymouth, Massachusetts who moved to the Seconet area near to Little Compton in the Plymouth Colony. Samuel Newman and his followers migrated north and established a huge town common in what is now Rumford, Rhode Island. They gave the roundabout a distinctive name: “The Ring of the Green.” Newman Congregational Church (founded 1643, current building dates to 1810) still stands at the intersections of Pawtucket Ave, Newman Ave and Ferris Ave. The area was known as Rehoboth village. Somewhat of a celebrity, Newman’s famous bible concordance (the third ever printed in English) had just been published in London. He spent the next few years revising the concordance with a second edition published in 1650 that includes on the title page, “By Samuel Newman, now teacher of the Church at Rehoboth in New England.” According to legend, he worked on the revisions by burning pine knots instead of candles. The concordance, later called the Cambridge Concordance, was reprinted as late as 1889, almost 250 years after it was first published by the founder of Rehoboth.

The Rehoboth Carpenter family was one of the founding families. Among the earliest purchasers of the land that is now Rehoboth and nearby communities was the Peck family, who came from nearby Hingham, Massachusetts, initially. Joseph Peck, the brother of the Rev. Robert Peck, the disaffected Puritan who had fled his Hingham church in England, after the crackdown by Archbishop Laud, had purchased sizable tracts of lands from the Native Americans. Peck’s son was fined fifty shillings for making continuous sexual advances toward the maid. Peck died in Rehoboth in 1697. These tracts of land Peck willed to his son Samuel, who served as Deputy to the General Court at Plymouth, as well as the first representative from the town of Rehoboth after the Plymouth Colony and Massachusetts were united. The family continued to live in the area through the twentieth century. Today’s Pecks Corner in Rehoboth is named for this early Puritan family.

Rehoboth was a significant site during King Philip’s War. On June 30, 1675,King Philip led a small force in a surprise attack against the undefended settlement, killing settlers, burning houses, and causing residents to live in constant fear of attack.

On March 28, 1676 Canonchet led the Narragansetts in a second attack, destroying 42 homes, 21 barns, corn mills and a sawmill.

On August 28, 1676 Captain Benjamin Church surrounded and captured Anawan, a Wampanoag sachem who had become chief upon the death of King Philip two weeks earlier. The Wampanoags had taken a position above Squannakonk Swamp to hide from the colonists. Church’s capture and execution of Anawan effectively ended the campaigns in southeastern Massachusetts of King Philip’s War. Anawan Rock, a large puddingstone, still marks the location. Although a desolate place at the time, the rock is not far off modern-day Route 44.

Rehoboth is the birthplace of public education in North America. Upon incorporation, members of the Rehoboth community and Newman Church (in present-day East Providence, Rhode Island) elected to collect funds to pay a teacher for the settlement’s children. Church and government were closely tied in early colonial villages, so the word ‘public’ refers instead to access to education by all children in the community, not just those of wealthy parents. Another town landmark is related to education: The historic Hornbine School, built in 1845, is located in the southeast corner of town and is open to the public for visiting and educational purposes from May to September.

For the town’s 350th anniversary in 1992, the town conducted a promotional “take back” of the communities that were once the original Rehoboth. With encouragement from musket-bearing members of the 13th Continental Regiment, Rehoboth Minutemen, other towns and cities ceremonially ‘returned’ their land for the duration of the anniversary year celebration.

Rehoboth shares its entire western border with Seekonk. It is also bordered by Attleboro and Norton to the north, Taunton and Dighton to the east, and Swansea to the south and southeast. Rehoboth’s localities are Four Corners, Hornbine, Kingmans Corner, North Rehoboth, Pecks Corner, Perrys Corner, Perryville, Rehoboth Village, South Rehoboth and Anawan Rock. The town is located 11 miles (18 km) east of Providence, Rhode Island and 50 miles (80 km) south of Boston.

There were 3,523 households, out of which 37.8% had children under the age of 18 living with them, 70.8% were married couples living together, 7.4% had a female householder with no husband present, and 18.5% were non-families. 14.1% of all households were made up of individuals, and 5.0% had someone living alone who was 65 years of age or older. The average household size was 2.89 and the average family size was 3.20.

Municipal government is overseen by a five-member board of selectmen and a town administrator. Residents may vote on town governing issues at town meetings which are held in the spring and fall. The current board of selectmen consists of: Gerald Schwall (chair), James Muri (vice-chairman), Dave Perry (clerk), Frederick “Skip” Vadnais, and Michael Costello. The town administrator is Helen Dennen who manages the operation of the town offices and personnel.

The town has a central Police and Fire station (Public Safety Building) on Anawan Street (Route 118). There are two additional fire stations: North Station (#2) located on Tremont Street; South Station (#3) located on Pleasant Street. The RFD is an on-call department with trained firefighters. Only the fire chief is a full-time employee of the town. The Rehoboth Rescue Squad has served the community for the past 46 years and is the town’s only 100% unpaid volunteer public safety organization. Rehoboth Ambulance is an independent, non-profit organization that provides vehicles, equipment, supplies and staffing stipends without direct funding from the town. In cases of emergency or disaster, the Rehoboth Emergency Management Agency (REMA) coordinates efforts of all the public safety entities. The Highway Department and Forestry service is located down the road from police/fire headquarters.

An additional town-owned building, located on Anawan Street, houses Rehoboth Community TV, the local public access cable television service. Operation of public programming on three channels (Government Channel 9, Education Channel 15 and Public Channel 98) is the responsibility of the town’s Cable Advisory Committee and town employees. Some municipal meetings are broadcast live while others are recorded and broadcast at various times. Many are also available for viewing on their website, http://www.RehobothTV.org

The town owned the Gladys L. Hurrell Senior Center located on Bay State Road. The building was used for municipal meetings, private and public events, until it was destroyed in a fire in September 2020.

Military veterans in Rehoboth are supported by the town’s Veterans Services Department located at the town office. The Veteran’s agent Jake Kramer works with veterans of all ages to help them access services. In 2012, residents voted at town meeting to adopt provisions of the Massachusetts Valor Act so that local veterans can perform municipal work to offset their property tax bills.