Let The Realty Concierge help you find the best Houses & Homes For Sale in Newburyport Massachusetts. We specialize in all purchase and sale transactions. 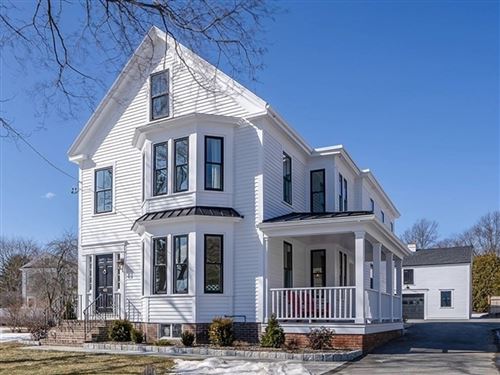 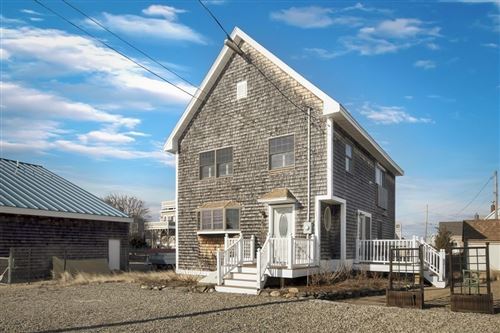 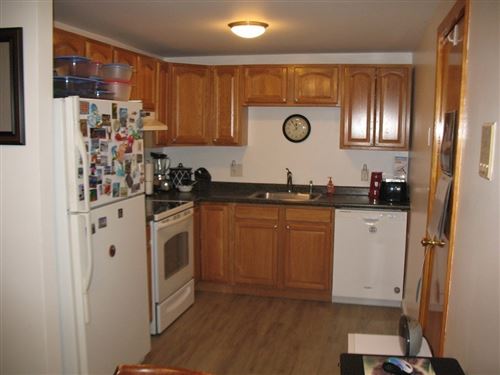 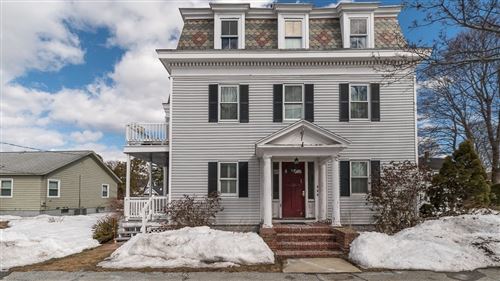 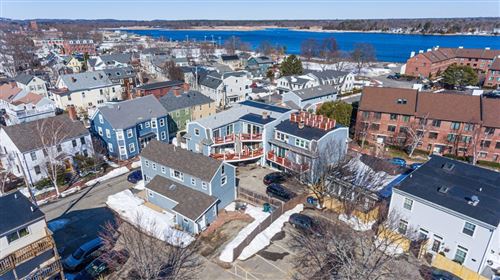 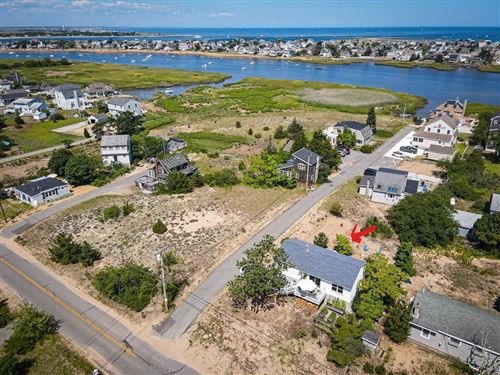 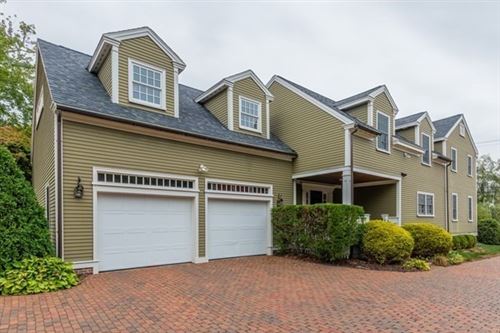 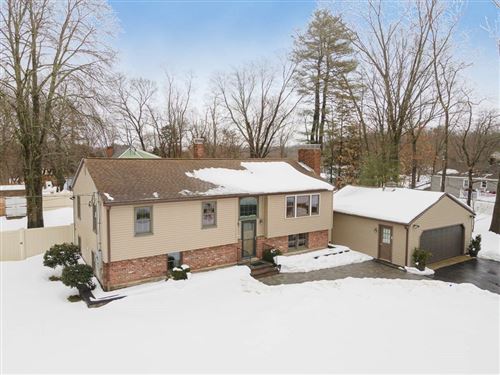 $699,000
Lot Size
13,068 sqft
Home Size
2,083 sqft
Beds
3 Beds
Baths
2 Baths
Blown away by this company. I’ve worked with many agents/brokerage’s and this company is without a doubt the best! They were responsive, professional and completely determined when it came to...Read More »
in the last week via Google Kellie McLean
Professional. Responsive. Excellent customer service. I used this company to purchase my first home. Saw a home listed that morning and the agent took me to see it within a...Read More »
a month ago via Google Jeffrey Cluett
Joining The Realty Concierge has been one of the best decisions in my life. I feel honored to be working alongside a team of such dedicated and knowledgeable individuals. Working with...Read More »
in the last week via Google Eileen Turner
Extremely personable, well-informed, and courteous. Was shown a handful of properties and were responsive to all of my questions regarding the surrounding area. Helped effortlessly guide me through the...Read More »
a month ago via Google Andrew McAuliffe
My agent at The Realty Concierge was the best I’ve ever experienced. I got my dream home in the exact location I was looking for at UNDER asking! This is...Read More »
a month ago via Google Nate O'Farrell

The Realty Concierge is a group of proud real estate agents in Newburyport MA. Our core values of commitment, compassion, technical innovation, consistency, and boldness, accelerate as well as give us a measurable edge and impact on buying and selling.

With a population of 17990 and a median income of 103220, Newburyport is an excellent location with an extremely active market.

Newburyport is located right outside of Boston and has been frequently voted one of the best communities to live in. When it comes to buying a house in Newburyport, look no further than The Realty Concierge and our real estate agents in Newburyport MA

To learn more about any of the services that The Realty Concierge provides to Newburyport, call us at 781-349-6179 or fill out a contact form online.

Selling A Home in Newburyport, MA

The Realty Concierge’s highly trained and talented real estate agents in Newburyport MA have been helping home buyers and sellers in Newburyport for over 5 years. The Realty Concierge agents use many techniques such as photos, interactive floor plans, real estate websites, reverse prospecting, social media, and more. Our main goal is to attract as many potential buyers to your home as possible, because we know exactly how much your home has to offer!

On January 28, 1764, the General Court of Massachusetts passed “An act for erecting part of the town of Newbury into a new town by the name of Newburyport.” The act begins:

The act was approved by Governor Francis Bernard on February 4, 1764. The new town was the smallest in Massachusetts, covering an area of 647 acres (2.62 km2), and had a population of 2,800 living in 357 homes. There were three shipyards, no bridges, and several ferries, one of which at the foot of Greenleaf Lane, now State Street, carried the Portsmouth Flying Stage Coach, running between Portsmouth, New Hampshire, and Boston.

The town prospered and became a city in 1851. Situated near the mouth of the Merrimack River, it was once a fishing, shipbuilding and shipping center, with an industry in silverware manufacture. In 1792, a bridge was built two miles above the town where the river contained an island. Merrimack Arms and Brown Manufacturing Company made Southerner Derringer pistols in their Newburyport factory from 1867 to 1873. The sea captains of old Newburyport (as elsewhere in Massachusetts) had participated vigorously in the triangular trade, importing West Indian molasses and exporting rum made from it. The distilleries were located around Market Square near the waterfront. Caldwell’s Old Newburyport rum was manufactured locally until well into the 19th century.

The Atlantic slave trade supported much of Newburyport’s early growth and prosperity, with ships built in Newburyport and sold by Newburyport merchants used in the transportation of enslaved people from Africa, and Newburyport rum distilleries being a major destination of resources extracted by slave labor in the Caribbean. Racial segregation in what is today called Newburyport was practiced as early as 1683, when the selectmen of Newbury banished a free African woman, Juniper, from the town. In 1755, as many as fifty enslaved African and Native American people lived in present-day Newburyport. An enslaved girl was advertised for sale in Newburyport as late as 1774, well after the incorporation of Newburyport as a distinct municipality from Newbury. Just the year prior, an enslaved man, Caesar Hendrick, had successfully sued Newburyport resident Richard Greenleaf for his freedom.

Newburyport prior to the Civil War had always been divided over slavery. While many of its leading citizens profited from and defended slavery, it also had been a frequent topic of pulpit rhetoric. After the Revolutionary War, abolitionism took a firm hold, Newburyport included. Several citizens are recognized by the National Park Service for their contributions to the Underground Railroad. The abolitionist movement reached a peak with the activities of William Lloyd Garrison, who was born in Newburyport and helped develop an anti-slavery climate. In 1841, Garrison was imprisoned on charges of libel for accusing Newburyport shipowner Francis Todd and captain Nicholas Brown of transporting 44 African captives in chains. His statue stands in Brown Square, which was the scene of abolitionist meetings.

Newburyport once had a fishing fleet that operated from Georges Bank to the mouth of the Merrimack River. It was a center for privateering during the Revolutionary War and War of 1812. Beginning about 1832, it added numerous ships to the whaling fleet. Later, clipper ships were built there. Today, the city gives little hint of its former maritime importance. Notably missing are the docks, which are shown on earlier maps extending into the channel of the Merrimack River, and the shipyards, where the waterfront parking lot is currently located.

George Whitefield, the well-known and influential English preacher who helped inspire the First Great Awakening in America, arrived in Newburyport in September 1740. The revival that followed his labors, brought into existence Old South Church, where he was buried after his death in 1770.

The city’s historical highlights include:

The Newburyport Five Cents Savings Bank on State Street was founded in 1854, and is one of the oldest banks in the United States still in operation.

The city is part of Massachusetts’ North Shore; Newburyport was laid out on the elevated south bank of the Merrimack River between the river and Newbury marshes. The shipyards, now boatyards (and still vigorously active), extended along the bank at the edge of the river. They were connected by Merrimac Street, which ends upriver where the bank merges into bluffs covered with pine forest. Colonial residences extend up the bank from Merrimac Street to High Street running parallel to it near the top of the ridge. The homes of the seafaring entrepreneurs line High Street. Many feature widow’s walks, structures on the roof where the residents could watch for the return of sailing vessels. Nearly every home maintains a splendid flower garden, most dating to colonial times. Various cross streets, such as State Street, Green Street and Market Street, connect Merrimac Street and High Street. The top of the ridge proved an ideal location for later institutions, such as Newburyport High School and nearby Anna Jaques Hospital. The ridge drops more sharply to the marsh on the other side. Along its margin a third parallel street developed, Low Street.

The river bank gradually descends to marshes at Joppa Flats beyond downtown Newburyport. The Plum Island Turnpike was pushed out over the marsh on a causeway to a narrow part of the Plum Island River just to the south of where it connects to the mouth of the Merrimack. A drawbridge was built there, the only access to the island by road. On the Newburyport side a small airport, Plum Island Airport, was built at the edge of the marsh. The portion of Plum Island that is in the city has no direct access to the rest of the city; similarly, there is no access between the mainland and Woodbridge Island or Seal Island, west of Plum Island (the latter being shared between Newburyport and Newbury). Several parks and beaches dot the city, including Plum Island Point Beach, Simmons Beach, Joppa Park, Waterfront Park, Woodman Park, Cashman Park, Moseley Pines Park and Atkinson Common and March’s Hill Park. Newburyport Forest is located in the southwest corner of the city, and Maudslay State Park lies along the northwest part of the city, along the banks of the Merrimack.

There were 7,519 households, out of which 25.9% had children under the age of 18 living with them, 47.7% were married couples living together, 8.5% had a female householder with no husband present, and 41.1% were non-families. Of all households 33.1% were made up of individuals, and 9.7% had someone living alone who was 65 years of age or older. The average household size was 2.24 and the average family size was 2.90.

Upon adopting a new charter in 2011 which took effect in 2013, Newburyport has been run by a mayor with a four-year term and an eleven-member City Council (prior to that, the mayor’s term lasted for two years). During the mid-twentieth century, Newburyport enjoyed a typical “small community” approach, conducted, most notably, by city mayor and activist Ed Molin, who died in 2005. The current mayor of Newburyport is Donna Holaday, and the next election year for mayor is 2021.

Newburyport is part of the Massachusetts Senate’s 1st Essex district.

Interstate 95 passes through the western side of town, with one exit at Route 113. Route 113 itself has its eastern terminus at U.S. Route 1 and Massachusetts Route 1A, with Route 1A continuing along the same right of way as 113 towards Newbury. Route 1 and 1A cross the river along the Newburyport Turnpike Bridge; it had originally followed State Street and ended at Merrimac and Water streets before crossing the river via ferry to Salisbury. The Turnpike Bridge is the easternmost crossing of the Merrimack; upstream the river is crossed by the Newburyport Railroad Bridge (just west of the Turnpike Bridge), the Chain Bridge, one of the oldest bridges along the river, and the Whittier Memorial Bridge, which brings Interstate 95 to Amesbury.

The Merrimack Valley Regional Transit Authority provides regular bus service between the city and Haverhill, which includes access to the commuter rail station in Newburyport. The bus costs $1.25 for adults paying cash and $1 for adults paying with CharlieCard. C&J and Coach Company, privately operated coach carriers, operate commuter bus services between Newburyport and Boston. Newburyport is the northern terminus of the Newburyport/Rockport Line of the MBTA Commuter Rail system, providing access through several North Shore cities to Boston’s North Station.