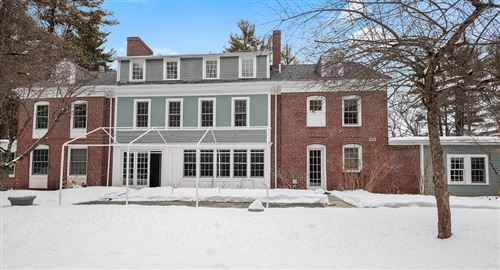 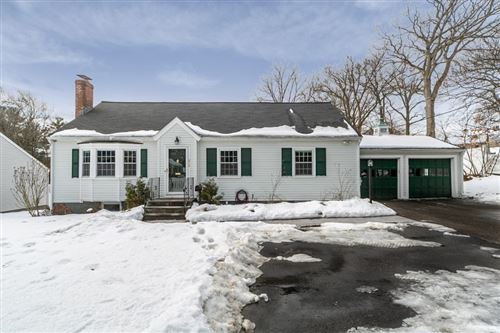 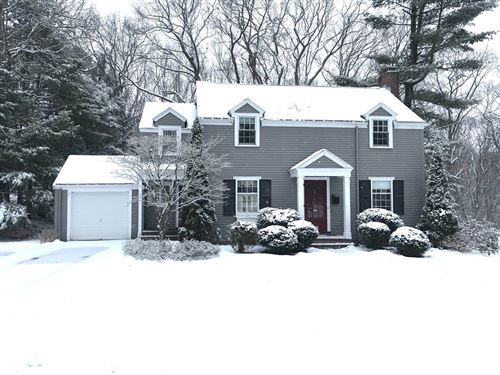 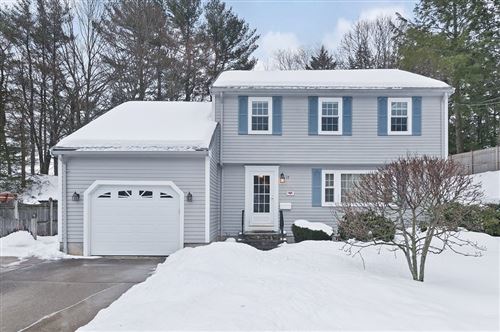 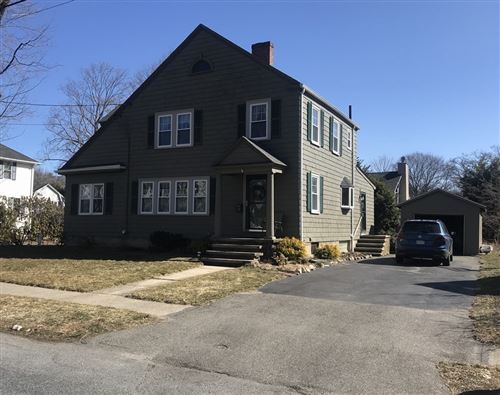 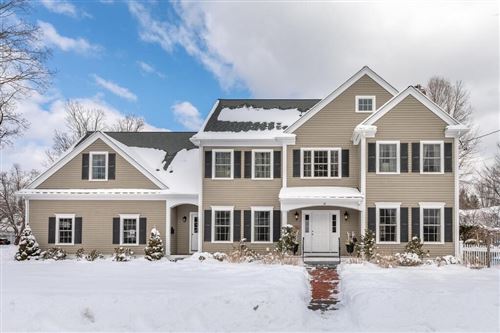 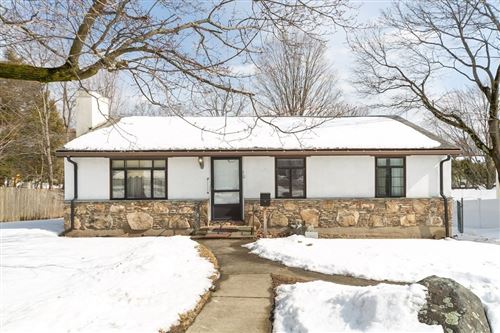 The Realty Concierge is a group of proud real estate agents in Needham MA. Our core values of commitment, compassion, technical innovation, consistency, and boldness, accelerate as well as give us a measurable edge and impact on buying and selling.

With a population of 30735 and a median income of 153032, Needham is an excellent location with an extremely active market.


Buying A Home in Needham, MA

Needham is located right outside of Boston and has been frequently voted one of the best communities to live in. When it comes to buying a house in Needham, look no further than The Realty Concierge and our real estate agents in Needham MA

To learn more about any of the services that The Realty Concierge provides to Needham, call us at 781-349-6179 or fill out a contact form online.

Selling A Home in Needham, MA

The Realty Concierge’s highly trained and talented real estate agents in Needham MA have been helping home buyers and sellers in Needham for over 5 years. The Realty Concierge agents use many techniques such as photos, interactive floor plans, real estate websites, reverse prospecting, social media, and more. Our main goal is to attract as many potential buyers to your home as possible, because we know exactly how much your home has to offer!

Needham was first settled in 1680 with the purchase of a tract of land measuring 4 miles (6.4 km) by 5 miles (8.0 km) from Chief Nehoiden for the sum of 10 pounds, 40 acres (160,000 m2) of land, and 40 shillings worth of corn. It was officially incorporated in 1711. Originally part of the Dedham Grant, Needham split from Dedham and was named after the town of Needham Market in Suffolk, England.

In 1710, 40 residents of what was then known as the “North part of” Dedham suddenly petitioned the Great and General Court for permission to break away and form a separate community. They cited the usual concerns about being far from the church and distant from town government, but also, to preempt any objections, also listed “reasons why we desire to be a township rather than a precinct.” Dedham officials asked for a delay of one year. In 1711, when the General Court took up the matter, they agreed to let that part of town break away but asked for a different boundary line that would have greatly reduced the amount of land the separatists were seeking. The General Court rejected this and granted autonomy with the border originally proposed.

By the 1770s settlers in the western part of the town who had to travel a long distance to the meeting house on what is now Central Avenue sought to form a second parish in the town. Opposition to this desire created conflict, and in 1774 a mysterious fire destroyed the extant meeting house. Some time afterwards the West Parish was formed.

In 1857 the City of Boston began a project to fill in the Back Bay with landfill by filling the tidewater flats of the Charles River. The fill to reclaim the bay from the water was obtained from Needham, Massachusetts from the area of present-day Route 128. The firm of Goss and Munson, railroad contractors, built 6 miles (9.7 km) of railroad from Needham and their 35-car trains made 16 trips a day to Back Bay. The filling of present-day Back Bay was completed by 1882; filling reached Kenmore Square in 1890, and finished in the Fens in 1900. The project was the largest of a number of land reclamation projects, beginning in 1820, which, over the course of time, more than doubled the size of the original Boston peninsula.

In 1865, William Carter established a knitting mill company in Needham Heights that would eventually become a major manufacturer and leading brand of children’s apparel in the United States. The site of Mill #1 currently houses the Avery Manor assisted living center, while Mill #2 stood along the shores of Rosemary Lake. By the 1960s, the company owned seven mills in Massachusetts and the south. The Carter family sold the business in 1990, after which Carter’s, Inc. moved its headquarters to Atlanta, Georgia.

In the late 1860s William Emerson Baker moved to Needham. A notably wealthy man due to his having improved the mechanical sewing machine, Baker assembled a parcel of land exceeding 800 acres (3.2 km2) and named it Ridge Hill Farm. He built two man made lakes on his property, including Sabrina lake near present-day Locust Lane. Baker turned part of his property into an amusement park with exotic animals, tunnels, trick floors and mirrors. In 1888 he built a sizable hotel, near the intersection of present-day Whitman Road and Charles River Street, called the Hotel Wellesley which had a capacity of over 300 guests. The hotel burned to the ground on December 19, 1891.

In 1891, George Walker, Boston owner of a lithograph company, and Gustavos Gordon, scientist, formed Walker-Gordon Laboratories to develop processes for the prevention of contamination of milk and to answer the call by enlightened physicians for better babies’ milk formulas. This plant was located in the Charles River Village section of Needham with another large facility in New Jersey. The scientific dairy production facilities of the Walker-Gordon Dairy Farm were widely advertised and utilized modern advancements in the handling of milk products.

In 1881 the West Parish was separately incorporated as the town of Wellesley. The following year, Needham and Wellesley high schools began playing an annual football game on Thanksgiving, now the second-longest running high school football rivalry in the United States (and longest such contest on Thanksgiving). Also the longest running public high school rivalry. In 2013 Wellesley broke a three-year Thanksgiving game losing streak to the Needham Rockets, defeating them 22–6. The Wellesley Raiders now hold a 60–57–9 advantage in the historic rivalry.

With the loss of the West Parish to Wellesley, the town lost its town hall and plans to build a new one began in 1902 with the selection of a building committee. The cornerstone was laid by the Grand Lodge of Masons on September 2, 1902 and the building was dedicated on December 22, 1903. The total cost for the hall was $57,500 including furnishings. Because it was located on the town common, the cost did not include land as none was purchased. In 2011, the town hall was extensively refurbished and expanded. In the process, the second-floor meeting hall was restored to its original function and beauty.

Needham’s population grew by over 50 percent during the 1930s.

In 2005, Needham became the first town in the United States to raise the age to legally buy tobacco products to 21.

Needham’s area is roughly in the shape of an acute, northward-pointing triangle. The Charles River forms nearly all of the southern and northeastern boundaries, the town line with Wellesley forming the third, northwestern one. In addition to Wellesley on the northwest, Needham borders Newton and the West Roxbury section of Boston on the northeast, and Dover, Westwood, and Dedham on the south. The majority of Cutler Park is in Needham and is located along the Charles River and the border with Newton and West Roxbury. Needham’s elevation is at sea level, but is a very hilly town.

Needham uses the old style town government, with a representative town meeting. Also, the populace of Needham elects a Select Board, which is essentially the executive branch of the town government. The town is part of the Massachusetts Senate’s Norfolk, Bristol and Middlesex district.

The I-95/Route 128 circumferential highway that circles Boston passes through Needham, with three exits providing access to the town. Massachusetts Route 135 also passes through the town.

Commuter rail service from Boston’s South Station is provided by the MBTA with four stops in Needham on its Needham Line: Needham Heights, Needham Center, Needham Junction and Hersey.