Let The Realty Concierge help you find the best Houses & Homes For Sale in Milton Massachusetts. We specialize in all purchase and sale transactions. 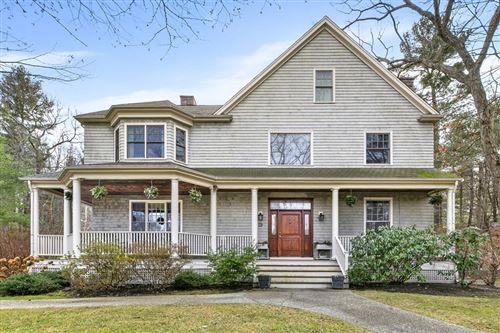 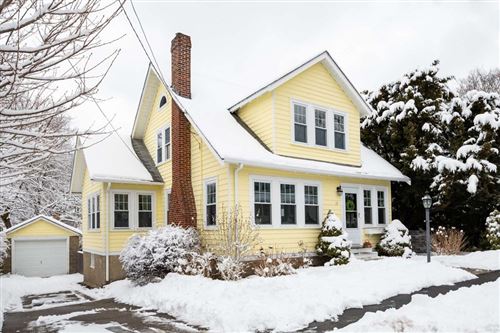 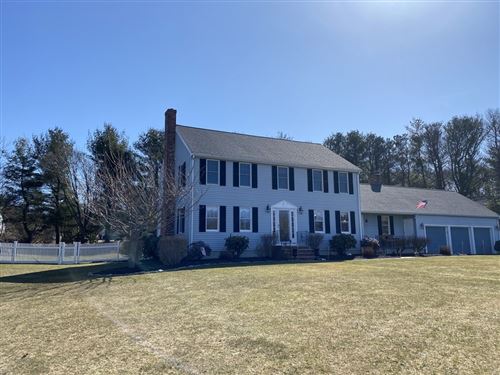 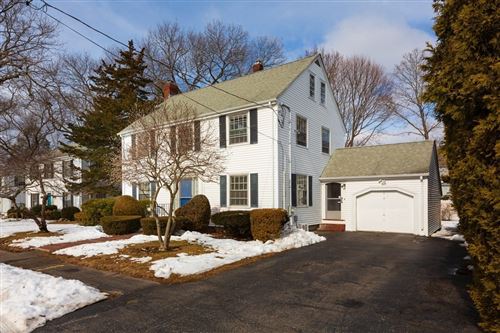 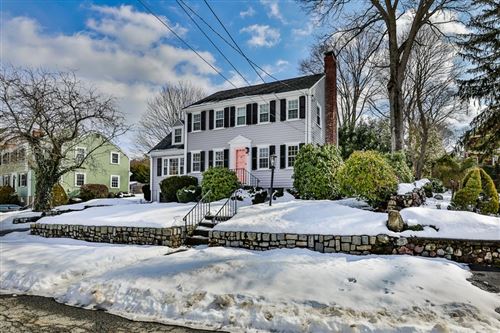 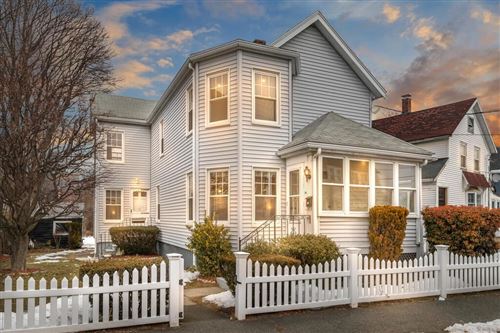 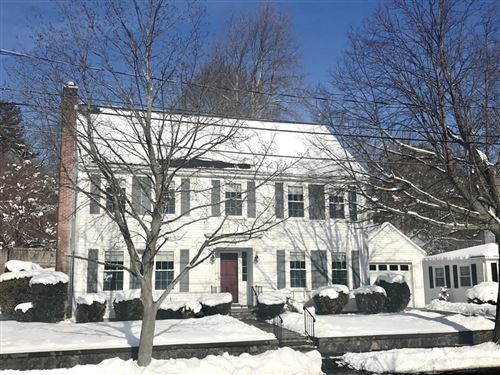 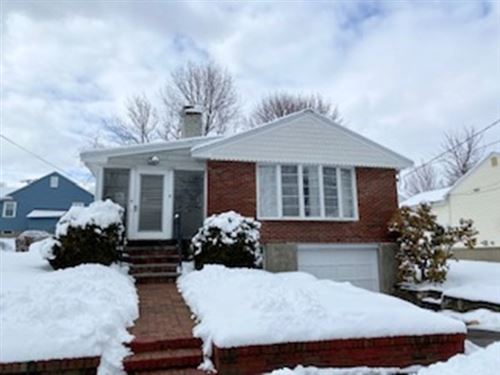 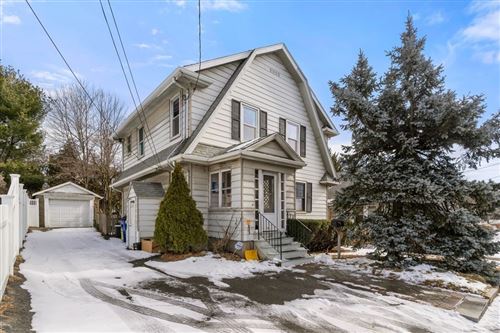 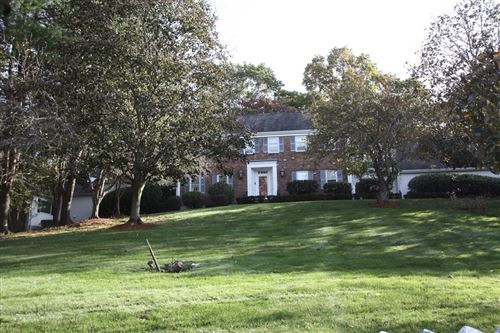 The Realty Concierge is a group of proud real estate agents in Milton MA. Our core values of commitment, compassion, technical innovation, consistency, and boldness, accelerate as well as give us a measurable edge and impact on buying and selling.

With a population of 27568 and a median income of 127448, Milton is an excellent location with an extremely active market.

Milton is located right outside of Boston and has been frequently voted one of the best communities to live in. When it comes to buying a house in Milton, look no further than The Realty Concierge and our real estate agents in Milton MA

To learn more about any of the services that The Realty Concierge provides to Milton, call us at 781-349-6179 or fill out a contact form online.

Selling A Home in Milton, MA

The Realty Concierge’s highly trained and talented real estate agents in Milton MA have been helping home buyers and sellers in Milton for over 5 years. The Realty Concierge agents use many techniques such as photos, interactive floor plans, real estate websites, reverse prospecting, social media, and more. Our main goal is to attract as many potential buyers to your home as possible, because we know exactly how much your home has to offer!

Milton was settled in the 1630s as a part of Dorchester by Puritans from England. Richard Callicott, one of the first settlers, built a trading post near the Neponset River and negotiated the purchase of Milton from Sachem Cutshamekin. Many of the settlers arrived during the 1650s, fleeing the aftermath of Oliver Cromwell’s deposition from power and the English Civil War. It was referred to as Unquity, the term used by the Neponset Tribe of the Massachusetts Indians meaning “Lower Falls.” This was adapted as “Lower Mills” after the establishment of the Israel Stoughton Grist Mill in 1634. In 1662, “that part of the Town of Dorchester which is situated on the south side of the Neponset River commonly called ‘Unquatiquisset’ was incorporated as an independent town and named Milton in honor of Milton Abbey, Dorset, England.”

Many early Puritan families of Milton became influential in the Massachusetts Bay Colony, such as: the Sumners, Houghtons, Hutchinsons, Stoughtons, Tuckers, Voses, Glovers and Babcocks.

A powder mill established in 1674 may have been the first in the earliest in the colonies, taking advantage of the town’s water power sites. Boston investors, seeing the potential of the town and its proximity to the city, provided the capital to develop 18th-century Milton as an industrial area, including an iron slitting mill, paper and sawmills, and the first chocolate factory in New England (the Walter Baker Chocolate Factory) in 1764, which was converted from the old Stoughton Grist Mill. Laying of streetcar lines fueled the rapid expansion of residential development.

Between 1870 and 1915, Milton grew into the community it is now: a streetcar suburb with some chocolates, biscuits, and market produce to remind residents of the past. By 1929, many of the big estates were broken into subdivisions as the town’s residential growth continued.

The Suffolk Resolves were signed in Milton in 1774, and were used as a model by the drafters of the Declaration of Independence in 1776. The Suffolk Resolves House, where the Resolves were passed, still stands and it is maintained as the headquarters of the Milton Historical Society. At the time of the Resolves it was owned by Capt. Daniel Vose, a well-known businessman, and later a representative to the Provincial Congress. The house was moved to a new location at 1370 Canton Avenue in West Milton in order to save it from demolition at its previous location in “Milton Village” at Lower Mills. They were the “Suffolk Resolves” because Milton was part of Suffolk County until 1793, when Norfolk County split off, leaving only Boston and Chelsea in Suffolk County.

Two royal governors of Massachusetts, Jonathan Belcher and Thomas Hutchinson, had houses in Milton. The Governor Belcher House dates from 1777, replacing the earlier home destroyed in fire in 1776, and it is privately owned on Governor Belcher Lane in East Milton. Although Hutchinson’s house was demolished in the 1940s, Governor Hutchinson’s Field, owned by the Trustees of Reservations today is a wide expanse of greenery on Milton Hill, with a view of the Neponset River estuary and the skyscrapers of Boston six miles (10 km) away. Both Governor Belcher’s house and Governor Hutchinson’s field are on the National Register of Historic Places.

The town was home to America’s first piano factory. Revolutionary Milton is the setting of the opening of the 1940 bestselling historical novel Oliver Wiswell by Kenneth Roberts. The Blue Hill Meteorological Observatory is located in the town, home of the nation’s oldest continuously kept meteorological records.

The Granite Railway passed from Quincy to the Neponset River in Milton, beginning in 1826. It is often called the first commercial railroad in the United States, as it was the first chartered railway to evolve into a common carrier without an intervening closure. A centennial historic plaque from 1926 and an original switch frog and section of track from the railway can be found in the gardens on top of the Southeast Expressway (Interstate 93) as it passes under East Milton Square. The frog had been displayed at the Chicago World’s Fair in 1893.

In 1801 Josiah Bent began a baking operation in Milton, selling “water crackers” or biscuits made of flour and water that would not deteriorate during long sea voyages from the port of Boston. The crackling sound occurred during baking, hence the name. This is where the American term “cracker” originated. His company later sold the original hardtack crackers used by troops during the American Civil War. The company, Bent’s Cookie Factory, is still located in Milton and continues to sell these items to Civil War reenactors and others.

Robert Bennet Forbes was a noted China Trade merchant, sea captain, and philanthropist during the Irish Famine. He built a Greek Revival mansion in 1833 at 215 Adams Street on Milton Hill. The Captain Robert Bennet Forbes House is now listed on the National Register of Historic Places and is open for tours. In addition to artifacts from the China Trade period, the museum’s grounds include a log cabin replica and a collection of Lincoln memorabilia.

George Herbert Walker Bush was born at 173 Adams Street on Milton Hill on June 12, 1924. He became the 41st President of the United States, serving from 1989 to 1993, and his son would become the 43rd President. Coincidentally, Adams Street is named for the family of Presidents John Adams and John Quincy Adams, who lived on the same street just a few miles southeast in Quincy, Massachusetts. The Bush Family moved from Milton to Greenwich, Connecticut, in 1925. The Victorian house where President Bush was born is now privately owned and not open to the public.

Great Blue Hill in the Blue Hills Reservation is the highest point in Norfolk County. The summit houses the Blue Hill Observatory, home of the longest continuous weather record in North America, along with multiple radio transmitters.

There are no official wards or neighborhoods defined in the town’s governance and community planning processes.

There are three GNIS populated places located in the town:

Although geopolitical lines do not form neighborhoods in Milton, there are many distinct neighborhoods, such as the Columbine/Cliff Neighborhood, Indian Cliffs, Scott’s Woods, Milton Village and Edge Hill Park, among others.

Milton is often cited as being the windiest city in the United States, with an annual average wind speed of 15.4 mph (24.8 km/h) measured at the Blue Hill Meteorological Observatory.

Milton also has been cited as having the highest percentage of residents citing Irish lineage of any town in the United States per capita—38%.

Milton lies within the Massachusetts Bay Transportation Authority district. Fixed-route service includes the Ashmont-Mattapan High Speed Line, a light rail extension of the Red Line. Milton has 4 stops: Milton, Central Avenue, Valley Road, and Capen Street. This was originally a steam railway prior to becoming a trolley line. Massachusetts Route 28 and Massachusetts Route 138 run north and south across Milton, and Interstate 93, which is also U.S. Route 1 and Massachusetts Route 3, loops around the town near the southern and eastern borders.

Cycling is a popular form of transportation and recreation in Milton. The opening of the Neponset River Greenway reconnected Milton with Boston Harbor via Port Norfolk, Dorchester. Other cycling routes and locations include Turner’s Pond, Brook Road, Blue Hills Parkway, Milton Cemetery, and the Pine Tree Brook greenway.

The Milton Yacht Club began in 1902, with a small building in the Lower Mills area beside the Neponset River that was formerly the police department for the town of Milton. Various boats continue to be anchored there or stored on the dock during the winter.