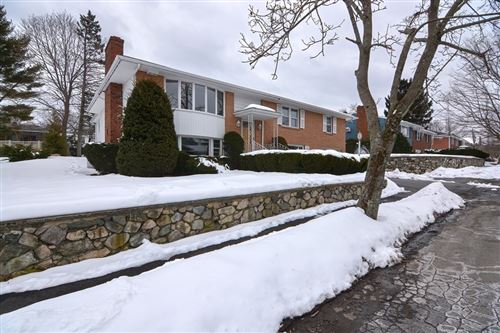 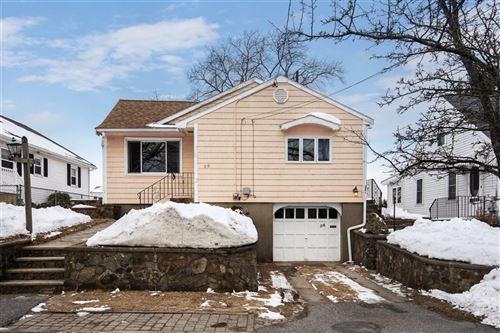 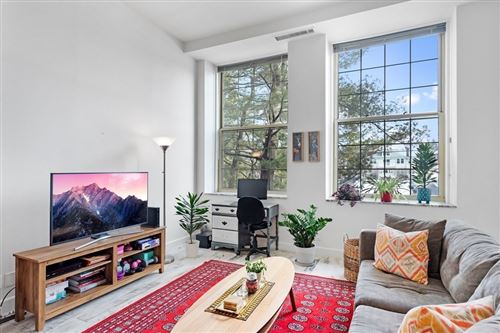 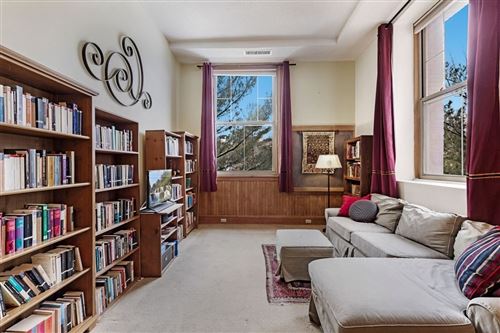 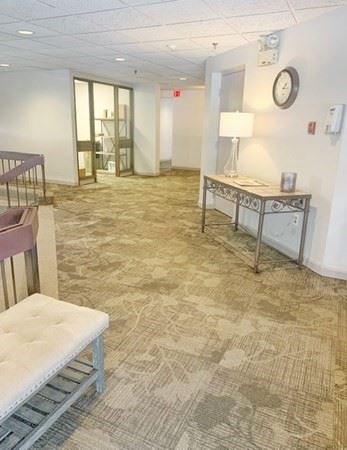 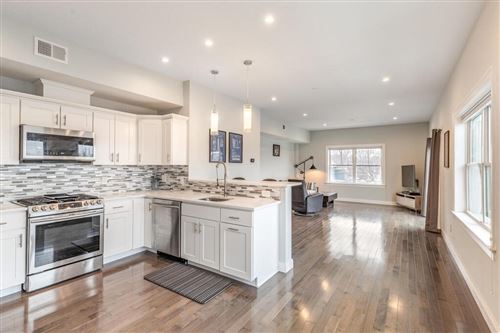 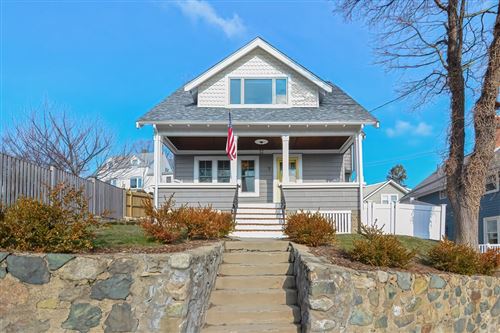 The Realty Concierge is a group of proud real estate agents in Medford MA. Our core values of commitment, compassion, technical innovation, consistency, and boldness, accelerate as well as give us a measurable edge and impact on buying and selling.

With a population of 57771 and a median income of 92363, Medford is an excellent location with an extremely active market.


Buying A Home in Medford, MA

Medford is located right outside of Boston and has been frequently voted one of the best communities to live in. When it comes to buying a house in Medford, look no further than The Realty Concierge and our real estate agents in Medford MA

To learn more about any of the services that The Realty Concierge provides to Medford, call us at 781-349-6179 or fill out a contact form online.

Selling A Home in Medford, MA

The Realty Concierge’s highly trained and talented real estate agents in Medford MA have been helping home buyers and sellers in Medford for over 5 years. The Realty Concierge agents use many techniques such as photos, interactive floor plans, real estate websites, reverse prospecting, social media, and more. Our main goal is to attract as many potential buyers to your home as possible, because we know exactly how much your home has to offer!

Medford was settled in 1630 by English immigrant colonists as part of Charlestown, of the Massachusetts Bay Colony. The land was deeded to the colonists by the powerful Native American leader Squaw Sachem of Mistick. The settlement was originally called “Mistick” by Thomas Dudley (a name which persisted for many decades), which his party renamed “Meadford”. The name may have come from a description of the “meadow by the ford” in the Mystic River, or from two locations in England that Cradock may have known: the hamlet of Mayford or Metford in Staffordshire near Caverswall, or from the parish of Maidford or Medford (now Towcester, Northamptonshire). In 1634, the land north of the Mystic River was developed as the private plantation of Matthew Cradock, a former governor. Across the river was Ten Hills Farm, which belonged to John Winthrop, Governor of the Massachusetts Bay colony.

In 1637, the first bridge (a toll bridge) across the Mystic River was built at the site of the present-day Cradock Bridge, which carries Main Street into Medford Square. It would be the only bridge across the Mystic until 1787, and as such became a major route for traffic coming into Boston from the north (though ferries and fords were also used). The bridge would be rebuilt in 1880, 1909, and 2018.

Until 1656, all of northern Medford was owned by Cradock, his heirs, or Edward Collins. Medford was governed as a “peculiar” or private plantation. As the land began to be divided among several people from different families, the new owners began to meet and make decisions locally and increasingly independently from the Charlestown town meeting. In 1674, a Board of Selectmen was elected; in 1684, the colonial legislature granted the ability to raise money independently; and in 1689, a representative to the legislature was chosen. The town got its own religious meeting room in 1690, and a secular meeting house in 1696.

In 1692, the town engaged its first ordained preacher, Rev. John Hancock Sr.. During his time of service Rev. Hancock lived in Medford, serving until November 1693. One of his grandsons was John Hancock, who was a later notable figure of the American Revolutionary War and later elected as first and third governor of Massachusetts.

The land south of the Mystic River, present-day South Medford, was originally known as “Mistick Field”. It was transferred from Charlestown to Medford in 1754. This grant also included the “Charlestown woodlots” (the Medford part of the Middlesex Fells), and part of what was at the time Woburn (now Winchester). Other parts of Medford were transferred from Charlestown in 1811, Winchester in 1850 (“Upper Medford”), and Malden in 1879. Additional land was transferred to Medford from Malden (1817), Everett (1875), and Malden (1877) again.

The population of Medford went from 230 in 1700 to 1,114 in 1800. After 1880, the population rapidly expanded, reaching 18,244 by 1900. Farmland was divided into lots and sold to build residential and commercial buildings, starting in the 1840s and 1850s; government services expanded with the population (schools, police, post office) and technological advancement (gas lighting, electricity, telephones, railways). Tufts University was chartered in 1852 and the Crane Theological School at Tufts opened in 1869.

Medford was incorporated as a city in 1892, and was a center of industry, including the manufacture of tiles and crackers, bricks,rum, and clipper ships, such as the White Swallow and the Kingfisher, both built by Hayden & Cudworth.

During the 17th century, a handful of major public roads (High Street, Main Street, Salem Street, “the road to Stoneham”, and South Street) served the population, but the road network started a long-term expansion in the 18th century. The Medford Turnpike Company was incorporated in 1803, and (as was reasonably common at the time) turned what is now Mystic Avenue over to the city in 1866. The Andover Turnpike Company was incorporated in 1805, and turned what is now Forest Street and Fellsway West over to Medford in 1830.

Other major commercial transportation projects included the Middlesex Canal by 1803, the Boston and Lowell Railroad in West Medford in the 1830s, and the Boston and Maine Railroad to Medford Center in 1847.

A horse-powered street railway began running to Somerville and Charlestown in 1860. The street railway network expanded in the hands of various private companies, and went electric in the late 1890s, when trolleys to Everett and downtown Boston were available. Streetcars were converted to buses in the 20th century. Interstate 93 was constructed between 1956 and 1963.

In 1868, a French astronomer and naturalist, Leopold Trouvelot, was attempting to breed a better silkworm using Gypsy moths. Several of the moths escaped from his home, at 27 Myrtle Street. Within ten years, the insect had denuded the vegetation in the neighborhood. It spread over North America.

In a tavern and boarding house on High Street (Simpson’s Tavern) in the late 19th century, local resident James Pierpont wrote “Jingle Bells” after watching a sleigh race from Medford to Malden. Another local resident, Lydia Maria Child (1802–1880), made a poem out of the trip across town to her grandparents’ house, now the classic song “Over the River and Through the Wood”.

The Peter Tufts House (350 Riverside Ave.) is thought to be the oldest all-brick building in New England. Another important site is the “Slave Wall” on Grove Street, built by “Pomp,” a slave owned by the prominent Brooks family. The Isaac Royall House, which once belonged to one of Harvard Law School’s founders, Isaac Royall, Jr., is a National Historic Landmark and a local history museum. The house was used by Continental Army troops, including George Washington and John Stark, during the American Revolutionary War.

George Luther Stearns, an American industrialist and one of John Brown’s Secret Six. His passion for the abolitionist cause shaped his life, bringing him into contact with the likes of Abraham Lincoln and Ralph Waldo Emerson and starting The Nation magazine. He was given the rank of major by Massachusetts Governor John Andrew and spent most of the Civil War recruiting for the 54th and 55th Massachusetts regiments and the 5th cavalry.

Medford was home to Fannie Farmer, author of one of the world’s most famous cookbooks—as well as James Plimpton, the man credited with the 1863 invention of the first practical four-wheeled roller skate, which set off a roller craze that quickly spread across the United States and Europe.

Amelia Earhart lived in Medford while working as a social worker in 1925.

Elizabeth Short, the victim of an infamous Hollywood murder and who became known as The Black Dahlia, was born in Hyde Park (the southernmost neighborhood of the city of Boston, Massachusetts) but raised in Medford before going to the West Coast looking for fame.

Medford was home to Michael Bloomberg, American businessman, philanthropist, and the founder of Bloomberg L.P.. He was the Mayor of New York City from 2002 to 2013. Mayor Bloomberg attended Medford High School and resided in Medford until after he graduated from college at Johns Hopkins University. His mother remained a resident of Medford until her death in 2011.

The only cryobank of amniotic stem cells in the United States is located in Medford, built by Biocell Center, a biotechnology company led by Giuseppe Simoni.

Medford was the location of some famous crimes:

A park called the Middlesex Fells Reservation, to the north, is partly within the city. This 2,060-acre (8 km2) preserve is shared by Medford with the municipalities of Winchester, Stoneham, Melrose, and Malden. The Mystic River flows roughly west to southeast through the middle of the city.

People from Medford often identify themselves with a particular neighborhood.

Irish-Americans are a strong presence in the city and live in all areas. South Medford is a traditionally Italian neighborhood. West Medford, the most affluent of Medford’s many neighborhoods, was once the bastion of some of Boston’s elite families— including Peter Chardon Brooks, one of the wealthiest men in post-colonial America, and father-in-law to Charles Francis Adams — and is also home to an historic African-American neighborhood that dates to the Civil War.

Numerous Massachusetts Bay Transportation Authority bus lines go through Medford—specifically, the 80, 94, 95, 96, 99, 100, 101, 108, and 134 bus routes provide local service and direct connections to nearby areas in Arlington, Somerville, Cambridge, Malden, Charlestown, Winchester, and Woburn, while the 325 and 326 routes provide express service to downtown Boston and the 710 route is contracted to Joseph’s Transportation, a Medford family-owned company. The 90, 97, 106, 110, and 112 bus routes additionally terminate at Wellington station, providing a direct connection between Medford and nearby areas in Somerville, Everett, Malden, Revere, Chelsea, East Boston, and Melrose. On Medford’s east side, Wellington station on the Orange Line provides a connection to Boston and the entire rapid transit system. On the west side, the Lowell Commuter Rail Line stops in West Medford Square.

The Green Line Extension, which will bring the Green Line into Medford, as is mandated by environmental mitigation provisions of the Big Dig project, is currently under construction. When completed, the extension will follow the Lowell commuter rail tracks terminating near Tufts University at the intersection of Boston Avenue and College Avenue. A further extension to Mystic Valley Parkway (Massachusetts Route 16) is under environmental review.

Joseph’s Limousine and Transportation of Medford runs a bus line through the city and also picks up passengers going to other parts of Greater Boston or out of state.

Interstate 93 travels roughly north–south through the city. State routes passing through Medford include 16, 28, 38, and 60.