Let The Realty Concierge help you find the best Houses & Homes For Sale in Lawrence Massachusetts. We specialize in all purchase and sale transactions. 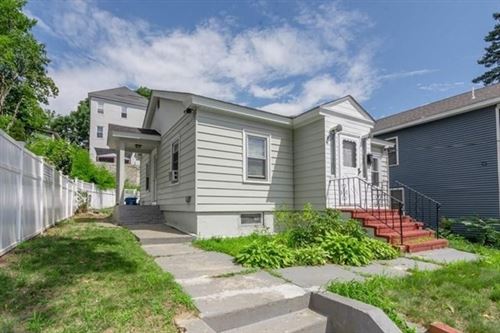 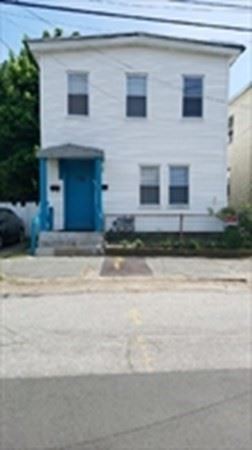 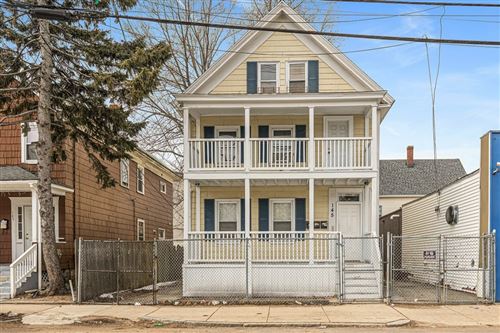 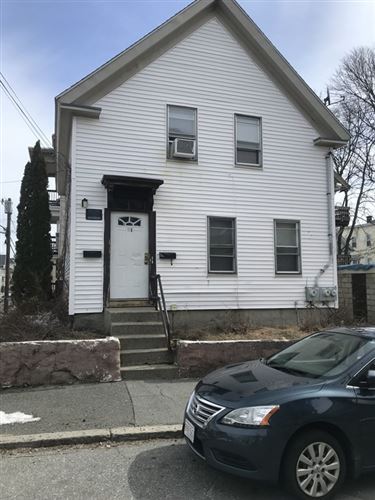 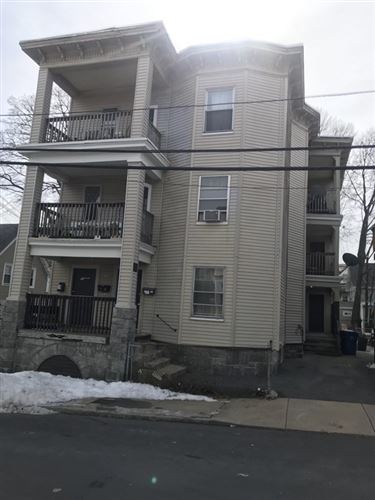 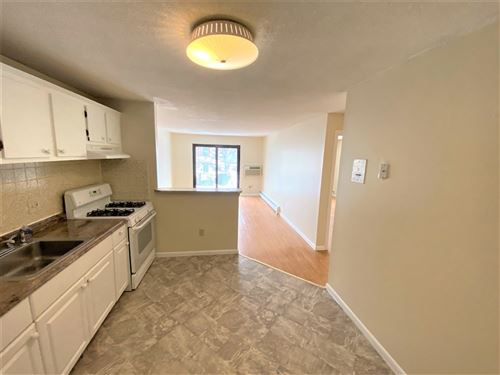 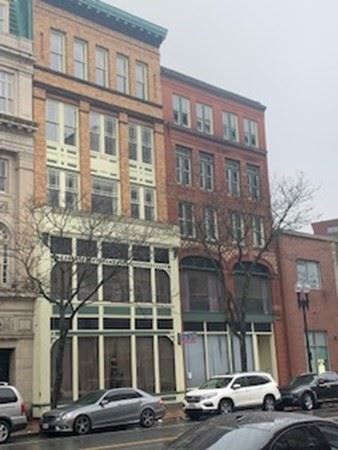 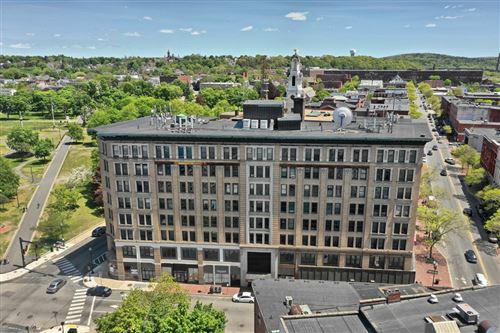 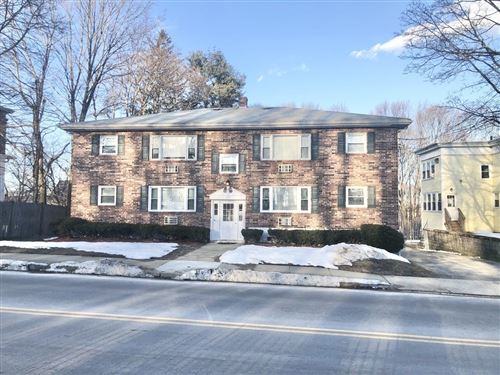 $1,250,000
Lot Size
1.04 ac
Home Size
5,492 sqft
Beds
13 Beds
Baths
7 Baths
Blown away by this company. I’ve worked with many agents/brokerage’s and this company is without a doubt the best! They were responsive, professional and completely determined when it came to...Read More »
in the last week via Google Kellie McLean
Professional. Responsive. Excellent customer service. I used this company to purchase my first home. Saw a home listed that morning and the agent took me to see it within a...Read More »
a month ago via Google Jeffrey Cluett
Joining The Realty Concierge has been one of the best decisions in my life. I feel honored to be working alongside a team of such dedicated and knowledgeable individuals. Working with...Read More »
in the last week via Google Eileen Turner
Extremely personable, well-informed, and courteous. Was shown a handful of properties and were responsive to all of my questions regarding the surrounding area. Helped effortlessly guide me through the...Read More »
a month ago via Google Andrew McAuliffe
My agent at The Realty Concierge was the best I’ve ever experienced. I got my dream home in the exact location I was looking for at UNDER asking! This is...Read More »
a month ago via Google Nate O'Farrell

The Realty Concierge is a group of proud real estate agents in Lawrence MA. Our core values of commitment, compassion, technical innovation, consistency, and boldness, accelerate as well as give us a measurable edge and impact on buying and selling.

With a population of 79841 and a median income of 41583, Lawrence is an excellent location with an extremely active market.

Lawrence is located right outside of Boston and has been frequently voted one of the best communities to live in. When it comes to buying a house in Lawrence, look no further than The Realty Concierge and our real estate agents in Lawrence MA

To learn more about any of the services that The Realty Concierge provides to Lawrence, call us at 781-349-6179 or fill out a contact form online.

Selling A Home in Lawrence, MA

The Realty Concierge’s highly trained and talented real estate agents in Lawrence MA have been helping home buyers and sellers in Lawrence for over 5 years. The Realty Concierge agents use many techniques such as photos, interactive floor plans, real estate websites, reverse prospecting, social media, and more. Our main goal is to attract as many potential buyers to your home as possible, because we know exactly how much your home has to offer!

According to the United States Census Bureau, the city has a total area of 7.4 square miles (19 km2), of which 7.0 square miles (18 km2) is land and 0.4 square miles (1.0 km2) (6.07%) is water. Lawrence is on both sides of the Merrimack River, approximately 26 miles (42 km) upstream from the Atlantic Ocean. On the north side of the river, it is surrounded by Methuen. On the south side of the river, the town is bordered by North Andover to the east, and Andover to the south and southwest. Lawrence is approximately 30 miles (48 km) north-northwest of Boston and 27 miles (43 km) southeast of Manchester, New Hampshire.

Aside from the Merrimack River, other water features include the Spicket River, which flows into the Merrimack from Methuen, and the Shawsheen River, which forms the southeastern border of the city. Lawrence has two power canals that were formerly used to provide hydropower to the mills – one on the north bank of the river, the other on the south. Channeling water into these canals is the Great Stone Dam, which lies across the entire Merrimack and was, at the time of its construction in the 1840s, the largest dam in the world. The highest point in Lawrence is the top of Tower Hill in the northwest corner of the city, rising approximately 240 feet (73 m) above sea level. Other prominent hills include Prospect Hill, in the northeast corner of the city, and Mount Vernon, along the southern edge of the city. Most industrial activity was concentrated in the flatlands along the rivers. Den Rock Park, a wooded conservation district on the southern edge of Lawrence that spans the Lawrence-Andover town line, provides recreation for nature lovers and rock-climbers alike. There are also several small parks throughout town.

The Mayor of Lawrence, Daniel Rivera, said the city was “approximately 75% Spanish” following an incident where non English speaking callers were allegedly hung up on by a 911 operator.

Form of government:
Plan B – “Strong mayor” – Mayor and city council, the councilors being elected partly at large and partly from districts or wards of the city. Party primaries prohibited.Lawrence has an established City Charter and with a Mayor-council government. There are nine city councilors and six school committee members; most are elected by district; three city council members are elected at large. There are six districts in Lawrence and all elections are non-partisan. The Mayor serves as the seventh member and chair of the school committee. The city council chooses one of its number as president who serves as chair of the council. The city of Lawrence also elects three members to the Greater Lawrence Technical School Committee these members are elected at-large. City Council and Mayoral terms of office begin in the month of January.

Lawrence has its own police and fire departments, Lawrence MA Fire Department and Lawrence General Hospital provides ambulance services to the city. The city also has its own public works and trash pickup departments.

Lawrence is one of Essex County’s two county seats, along with Salem. As such, it is home to a juvenile, district and superior court, as well as a regional office of the Massachusetts Registry of Motor Vehicles. It is also home to the Lawrence Correctional Alternative Center, a regional alternative jail for low-risk offenders. It is not home to the county’s sheriff or district attorney; they are in Middleton (home to the county’s correctional facility) and Salem, respectively. The city is also covered by the Andover barracks of Troop A of the Massachusetts State Police, which serves much of the western Merrimack Valley and several towns just south of Andover.

Lawrence General Hospital is the city’s main hospital, providing service to much of the area south of the city. Other nearby hospitals are in Methuen, Haverhill and Lowell. The city also is served by the Greater Lawrence Family Health Center. Guardian Ambulance was established in 1990 and incorporated in 1991 by local EMTs to serve the city during a downturn in the economy at that time. The station moved from the Tower Hill section to its current location on Marston Street in 1993.

Lawrence lies along Interstate 495, which passes through the eastern portion of the city. There are three exits entirely within the city, though two more provide access from just outside the city limits. The town is also served by Route 28 passing from south to north through the city, and Route 110, which passes from east to west through the northern half of the city. Route 114 also has its western terminus at Route 28 at the Merrimack River. Lawrence is the site of four road crossings and a railroad crossing over the Merrimack, including the O’Leary Bridge (Route 28), a railroad bridge, the Casey Bridge (bringing Parker Street and access to Route 114 and the Lawrence MBTA station to the north shore), the Duck Bridge (which brings Union Street across the river), and the double-decked O’Reilly Bridge, bringing I-495 across the river.

Lawrence is the western hub of the Merrimack Valley Regional Transit Authority’s bus service. It is also home to the Senator Patricia McGovern Transportation Center, home to regional bus service and the Lawrence stop along the Haverhill/Reading Line of the MBTA Commuter Rail system, providing service from Haverhill to Boston’s North Station. Lawrence Municipal Airport provides small plane service, though it is actually in neighboring North Andover. Lawrence is approximately equidistant from Manchester-Boston Regional Airport and Logan International Airport. Future plans to revitalize the Manchester and Lawrence branch to the north, leading to Manchester, New Hampshire, will allow the MBTA to operate rail service up to Manchester from Lawrence, in conjunction with Pan Am Freights.