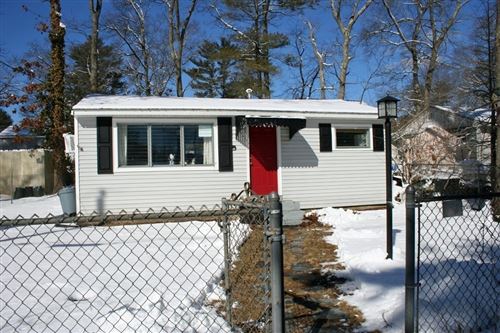 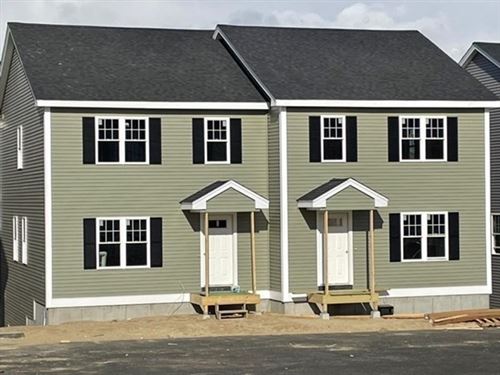 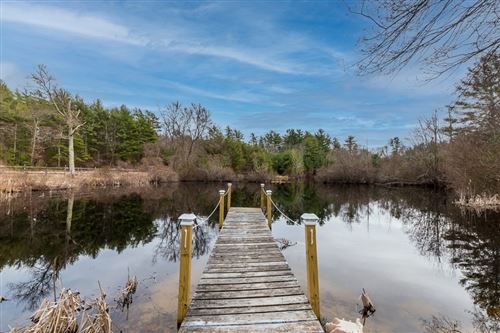 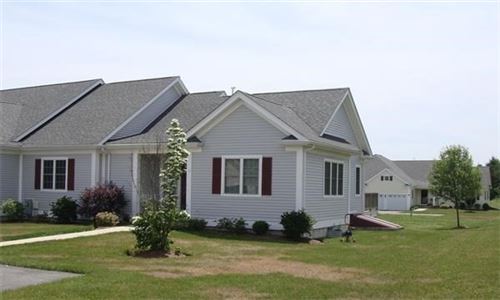 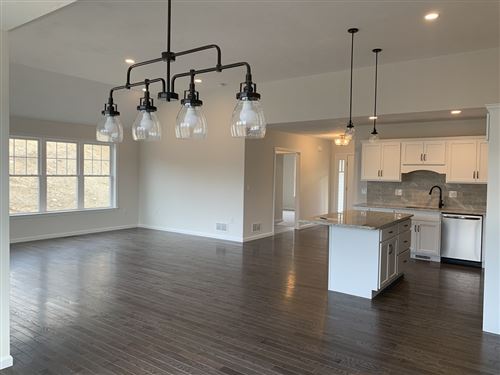 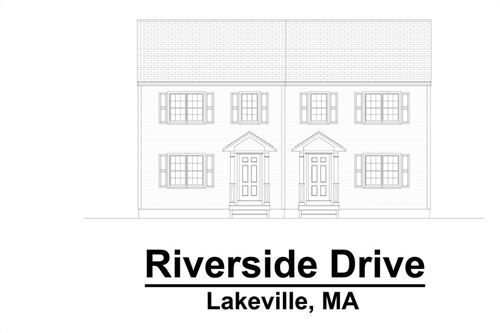 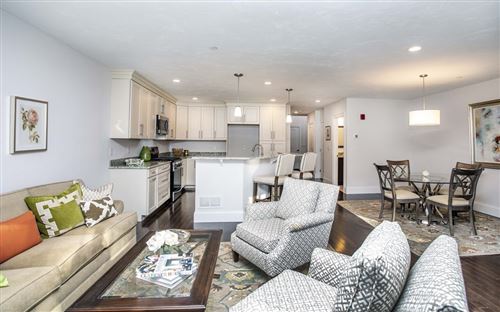 The Realty Concierge is a group of proud real estate agents in Lakeville MA. Our core values of commitment, compassion, technical innovation, consistency, and boldness, accelerate as well as give us a measurable edge and impact on buying and selling.

With a population of 10602 and a median income of unknown, Lakeville is an excellent location with an extremely active market.


Buying A Home in Lakeville, MA

Lakeville is located right outside of Boston and has been frequently voted one of the best communities to live in. When it comes to buying a house in Lakeville, look no further than The Realty Concierge and our real estate agents in Lakeville MA

To learn more about any of the services that The Realty Concierge provides to Lakeville, call us at 781-349-6179 or fill out a contact form online.

Selling A Home in Lakeville, MA

The Realty Concierge’s highly trained and talented real estate agents in Lakeville MA have been helping home buyers and sellers in Lakeville for over 5 years. The Realty Concierge agents use many techniques such as photos, interactive floor plans, real estate websites, reverse prospecting, social media, and more. Our main goal is to attract as many potential buyers to your home as possible, because we know exactly how much your home has to offer!

Lakeville was settled in 1717 as a western parish of Middleborough. It was incorporated as a separate town in 1853. The town’s name comes from the system of lakes in the town, including Assawompset Pond, Great Quittacas Pond, Little Quittacas Pond, Pocksha Pond, and Long Pond. Long Pond is the source of the Acushnet River, and Assawompsett Pond is the source of the Nemasket River, which feeds the Taunton River. Ocean Spray is headquartered in Lakeville. Lakeville is also commonly referred to as “The Promised Land.”

According to the United States Census Bureau, the town has a total area of 36.1 square miles (93.6 km2), of which 29.6 square miles (76.6 km2) is land and 6.6 square miles (17.0 km2), or 18.17%, is water. Lakeville is irregularly shaped, bordered by Middleborough to the northeast and east, Rochester to the southeast, Freetown to the south and southwest, and Berkley and Taunton to the west. Its borders with Taunton, Berkley and Freetown are also a central section of the western borders of Plymouth County. Lakeville is roughly at the center of what is considered Southeastern Massachusetts, and is approximately 20 miles (32 km) west of Plymouth, 20 miles (32 km) north of New Bedford, 30 miles (48 km) east of Providence, Rhode Island, and 40 miles (64 km) south of Boston.

The town’s geography is dominated by its namesake lakes, which are referred to as “ponds” in general usage. In addition to the main bodies of water and their feeder brooks and rivers, there are also several smaller ponds, as well as many brooks and swamps, including the Casual Swamp and the Cedar Swamp, which is protected as a part of the Assonet Cedar Swamp Wildlife Management Area, which is operated by the Massachusetts Audubon Society. There are also several small conservation areas, four country clubs and two parks, including the Ted Williams Camp, which was once the site of a summer baseball camp run by Ted Williams. According to “Lakeville, Massachusetts Gravestone Inscriptions 1711-2003” by Jean Douillette, there are 31 known cemeteries in Lakeville, or almost 1 per square mile.

The body of John Sassamon, advisor to Governor Josiah Winslow, was discovered beneath the ice of Assawompsett Pond. He was believed to have been murdered, and three Native Americans were arrested. On the testimony of only one witness (contrary to English law, which required the testimony of at least two witnesses in a murder trial), the three were sentenced to death by hanging. When the sentence was carried out, Tobias, senior counselor to the Pokanoket sachem King Philip, and a second supposed accomplice died. When the attempt was made to carry out the sentence on the third “accomplice” – Tobias’s son – the rope broke and he was imprisoned, having first confessed to the killings. His confession is widely believed to have been coerced.

The death of John Sassamon and the subsequent trial and execution of the Native Americans – while not the cause of King Philip’s War and the bloodshed that followed – nonetheless probably contributed to the ardor of the participants.

There were 3,292 households, out of which 40.0% had children under the age of 18 living with them, 69.7% were married couples living together, 8.0% had a female householder with no husband present, and 19.2% were non-families. 14.7% of all households were made up of individuals, and 6.2% had someone living alone who was 65 years of age or older. The average household size was 2.91 and the average family size was 3.24.

Lakeville’s median household income and the medium house value are above the Massachusetts state average.

Lakeville is governed with the Open Town Meeting form of government, and is led by a town administrator and a board of selectmen. The town has its own police department and a single fire station, located next to the town hall. The “new” library is located behind the old town hall, just across Route 18 from its former location at the junction of Routes 18 and 105. The town of Lakeville also has other services, such as a Council on Aging and a historical commission. Lakeville is one of the few town in Massachusetts to have more registered Republicans than registered Democrats.

On the state level, Lakeville is represented in the Massachusetts House of Representatives as a part of the Twelfth Bristol District. The town is represented by Senator Michael J. Rodrigues (D-Westport), as a part of the First Bristol and Plymouth District, which also includes Fall River, Freetown, Rochester, Somerset, Swansea and Westport.

On the national level, Lakeville is a part of Massachusetts’s 4th congressional district, and is currently represented by Jake Auchincloss. The state’s senior (Class I) member of the United States Senate, elected in 2012, is Elizabeth Warren. The junior (Class II) senator, elected in 2013, is Ed Markey.

Massachusetts Route 140, a four-lane divided highway, passes through the town on its trip between Route 24 in nearby Taunton and Interstate 195 in New Bedford. The town is also crossed by Route 18, Route 79 and Route 105, as well as a short, 0.4-mile (0.64 km) stretch of U.S. Route 44 in the far northern point of town. Route 79’s eastern terminus is at its intersection with Route 105 on the town line. Additionally, three exits of Interstate 495 are located just over the town line in Middleborough, granting access to Routes 44, 18 and 105 (from north to south in order).

In addition to its highways, the terminus of the Middleborough-Lakeville Line of the MBTA’s commuter rail is along the town’s border (the rail itself passes along the town line; the parking lots are entirely within Lakeville). There is also a spur off that line, heading due west to Taunton, which is operated by CSX Transportation. This spur links the two main lines of the railroad in southeastern Massachusetts; the easternmost heads to Cape Cod via the line used by the MBTA, and the westernmost proceeds to split in Taunton, sending two lines towards Fall River and New Bedford, respectively. The New Bedford line also passes through the town on its west side. The town has no air facilities of its own. The nearest private airfield is in Taunton; the nearest regional airport is in New Bedford, and the nearest national and international airport is T. F. Green Airport in Warwick, Rhode Island.