Let The Realty Concierge help you find the best Houses & Homes For Sale in Greenfield Massachusetts. We specialize in all purchase and sale transactions. 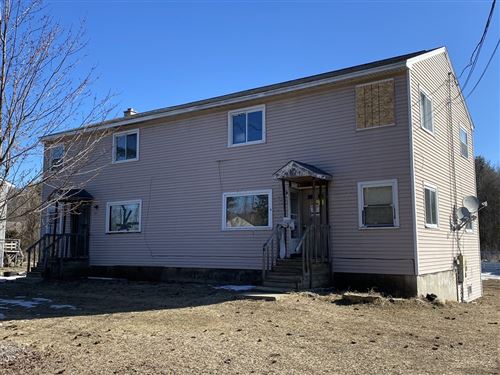 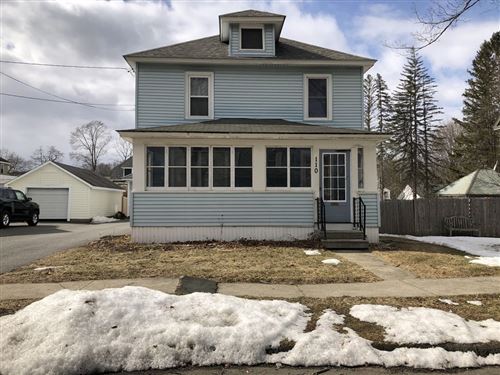 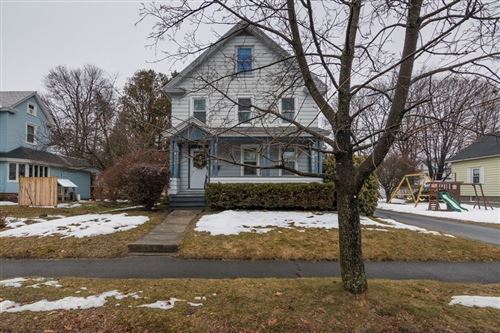 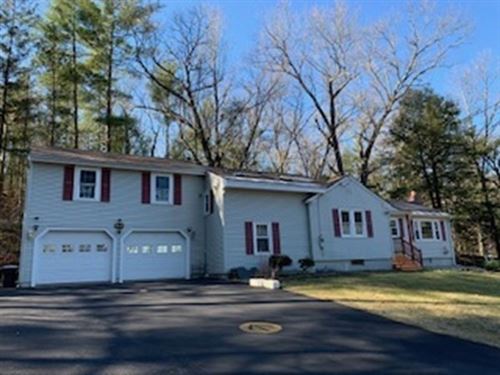 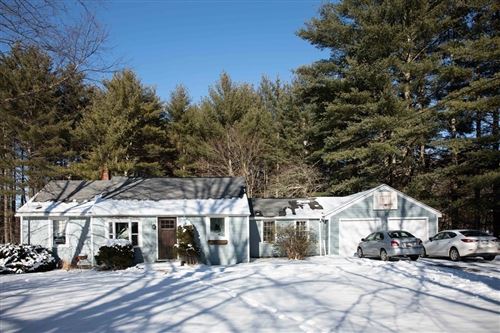 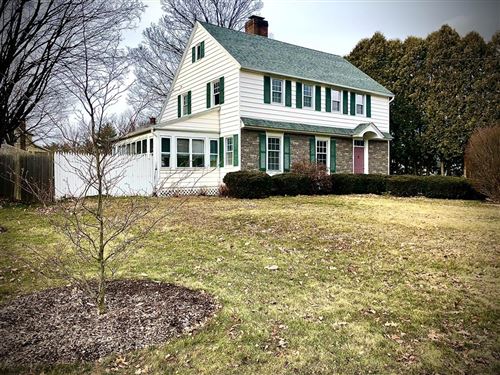 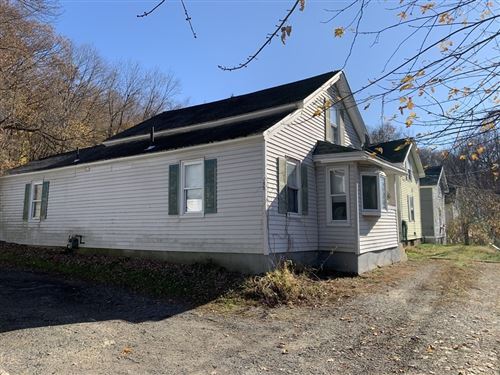 $1,300,000
Lot Size
22.80 ac
Home Size
3,375 sqft
Beds
7 Beds
Baths
4 Baths
Blown away by this company. I’ve worked with many agents/brokerage’s and this company is without a doubt the best! They were responsive, professional and completely determined when it came to...Read More »
in the last week via Google Kellie McLean
Professional. Responsive. Excellent customer service. I used this company to purchase my first home. Saw a home listed that morning and the agent took me to see it within a...Read More »
a month ago via Google Jeffrey Cluett
Joining The Realty Concierge has been one of the best decisions in my life. I feel honored to be working alongside a team of such dedicated and knowledgeable individuals. Working with...Read More »
in the last week via Google Eileen Turner
Extremely personable, well-informed, and courteous. Was shown a handful of properties and were responsive to all of my questions regarding the surrounding area. Helped effortlessly guide me through the...Read More »
a month ago via Google Andrew McAuliffe
My agent at The Realty Concierge was the best I’ve ever experienced. I got my dream home in the exact location I was looking for at UNDER asking! This is...Read More »
a month ago via Google Nate O'Farrell

The Realty Concierge is a group of proud real estate agents in Greenfield MA. Our core values of commitment, compassion, technical innovation, consistency, and boldness, accelerate as well as give us a measurable edge and impact on buying and selling.

With a population of 17468 and a median income of 48653, Greenfield is an excellent location with an extremely active market.

Greenfield is located right outside of Boston and has been frequently voted one of the best communities to live in. When it comes to buying a house in Greenfield, look no further than The Realty Concierge and our real estate agents in Greenfield MA

To learn more about any of the services that The Realty Concierge provides to Greenfield, call us at 781-349-6179 or fill out a contact form online.

Selling A Home in Greenfield, MA

The Realty Concierge’s highly trained and talented real estate agents in Greenfield MA have been helping home buyers and sellers in Greenfield for over 5 years. The Realty Concierge agents use many techniques such as photos, interactive floor plans, real estate websites, reverse prospecting, social media, and more. Our main goal is to attract as many potential buyers to your home as possible, because we know exactly how much your home has to offer!

Pocumtuck Indians first settled and originally inhabited the Greenfield area. Native American artifacts found in the area have been dated between 7,000 and 9,000 years B.C. The Pocumtucks planted field crops and fished local rivers. Some sources claim that they were wiped out by the Mohawks in 1664 and that the land was left unoccupied. Other sources show that the Pocumtucks joined the Wampanoag chief Metacom in August 1675 in the fight against English encroachment, indicating a continued presence in the area. The Pocumtuck also played an important role in the Battle of Great Falls / Wissantinnewag – Peskeompskut on May 19, 1676, and tribal oral tradition indicates that following the battle, elements of the Pocumtuck fled to and were incorporated into the Abenaki people to the north and the Mahican people to the west.

The area was colonized as part of Deerfield by the English in 1686. In 1753, Greenfield, named for the Green River, was incorporated as a separate town from Deerfield.

In 1795, the South Hadley Canal opened, enabling boats to bypass the South Hadley falls and reach Greenfield via the Connecticut River. Located at the confluence of the Deerfield and Green rivers, and not far from where they merge into the Connecticut River, Greenfield developed into a trade center. Falls provided water power for industry, and Greenfield grew into a prosperous mill town. John Russell established the Green River Works in 1834, hiring skilled German workers at what was the country’s first cutlery factory. The Connecticut River Railroad was the first of several railways to enter the town, replacing the former canal trade. During the 19th and 20th centuries, Greenfield was one of the most important American centers of the tap and die business and was the home of Greenfield Tap & Die Company (GTD).

It was designated the county seat when Franklin County was created from Hampshire County in 1811.

According to the United States Census Bureau, the town has a total area of 22 square miles (56.7 km2), of which 21 square miles (55.5 km2) is land and 0.5 square miles (1.2 km2), or 2.08%, is water. Greenfield is located at the center of the county and is bordered by Colrain, Leyden, and Bernardston to the north; Gill to the east; Montague to the southeast; Deerfield to the south; and Shelburne to the west. Greenfield is located 39 miles (63 km) north of Springfield and 90 miles (145 km) west-northwest of Boston.

Greenfield lies at the confluence of the Deerfield, Green, and Connecticut rivers. The Green River runs from the north, through town to the Deerfield, which lies along the city’s southern border. From there, the Deerfield meets the Connecticut, which flows southward along the Montague border before bending eastward briefly before continuing southward. Several brooks flow into the three rivers, as well as a fourth river, the Fall River, which makes up the city’s border with Gill. The city is located beside the Pocumtuck Range, the northernmost subridge of the Metacomet Ridge, and is surrounded by hills, with the town center lying on an elevated point above the rivers.

Greenfield was one of several Massachusetts municipalities that applied for, and were granted, city forms of government but wished to retain “The Town of” in their official names. In December 2017, the Town Council voted to remove “The Town of” designation, making Greenfield known as the City of Greenfield. Since the charter change in 2003 Greenfield has been governed by a town council and a mayor. The former town council is now called the city council and consists of four at-large councilors and nine councilors that are each elected from one of the city’s nine electoral precincts. The other city boards are appointed, with the exception of the seven-member school committee, which consists of the mayor plus six members elected at-large.

Greenfield’s first mayor, Christine Forgey, served until 2009 when she was defeated in a primary election. Greenfield’s second mayor, Bill Martin, took second place in the 2009 primary as a write-in candidate and went on to win the general election in June. Martin’s tenure began with a formal inauguration ceremony, the city’s first, which also featured a mayoral fanfare, Long Live Our Mayor, written for the occasion in the style of Hail to the Chief. At the inauguration, Martin read a proclamation declaring July 1 as “Inauguration Day” in all following years. After Martin’s retirement in 2019, Roxann Wedegartner became Greenfield’s third mayor.

In Greenfield, the Mayor appoints most of the members of the various city boards, with the city council approving appointments. The mayor also serves as a voting member of the school committee, but is forbidden to serve as its chairman or vice-chair. In addition, the mayor sits as an ex officio non-voting member on all the other city boards.

The Town Council consists of 13 members: four “Councilors at Large” and nine “Precinct Councilors” elected to represent each of the nine voting precincts. As of 2018, Karen Renaud is the Council President, and Penny Ricketts is the Vice-President.

Greenfield operates its own police and fire departments. As of 2014, ambulance service is provided under a contract with the local hospital system. The town is also patrolled by the Second (Shelburne Falls) Barracks of Troop “B” of the Massachusetts State Police. It runs a sizeable public works department and is the home base of the regional waste management system. The Greenfield Public Library is one of the larger libraries in the area, and is connected to the regional library network. Greenfield also operates numerous municipal parks and recreation areas including a town swimming center.

Greenfield is part of the Second Berkshire district of the Massachusetts House of Representatives, which includes sixteen cities and towns in Berkshire and Franklin Counties. Paul Mark is the State Representative.

In the Massachusetts Senate, the town is part of the Hampshire and Franklin district, which includes much of eastern Franklin and Hampshire counties. State Senator Stanley C. Rosenberg represented this district but it now sits vacant.

As of 2014, Massachusetts is represented in the United States Senate by Senators Elizabeth Warren and Edward Markey.

Greenfield lies at the junction of four highways. Interstate 91 travels north and south through the western stretch of the city and is duplexed for a 3-mile (5 km) stretch with Massachusetts Route 2. Route 2, which follows the rough path of (and is nicknamed after) the Mohawk Trail, enters over the Fall River as a surface road before becoming a limited-access highway until its concurrence with I-91. Once it leaves the interstate, Route 2 becomes a surface road again. Between the start of the limited access section of Route 2 and its split from I-91 at Exit 26, the Mohawk Trail follows Massachusetts Route 2A, which uses Route 2’s former right of way through the center of Greenfield. At the town center, Route 2A meets the duplexed U.S. Route 5 and Massachusetts Route 10, which comes over the Deerfield River in the south before heading northward through town, with another interchange along the highway portion of Route 2. In October 2016, the administration of Massachusetts Governor Charlie Baker announced a $7.5 million grant to the town government to build a new downtown parking garage.

The nearest general aviation airport is located in the Turners Falls section of Montague, and the nearest national air service is at Bradley International Airport in Windsor Locks, Connecticut.

Greenfield lies at the junction of two rail lines, an east–west line heading from the northern points of Worcester County towards the Hoosac Tunnel and Albany, New York, and the north–south line heading from Springfield in the south towards Vermont in the north. Freight service on both lines is operated by Pan Am Railways.

Passenger rail service resumed in Greenfield on December 29, 2014, with the rerouting of Amtrak’s Vermonter. The station platform in Greenfield is located adjacent to the Olver Transit Center. The former Greenfield train station (torn down in 1966) was located across the tracks from the current train platform, in the present-day Energy Park. In June 2018 it was announced that Greenfield would become the terminus for the New Haven–Springfield Shuttle in a pilot program being launched by CTRail and the MassDOT. The new commuter rail service now dubbed the Valley Flyer made its first run August 30, 2019, running twice each direction weekdays and once on weekends to and from New Haven, Connecticut with connections to New York City.