Let The Realty Concierge help you find the best Houses & Homes For Sale in Gloucester Massachusetts. We specialize in all purchase and sale transactions. 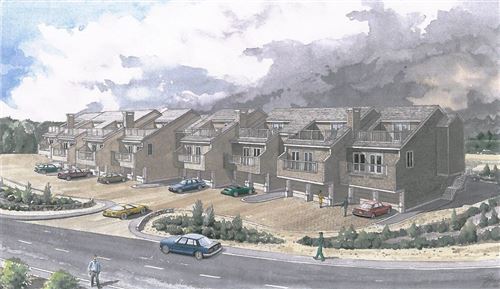 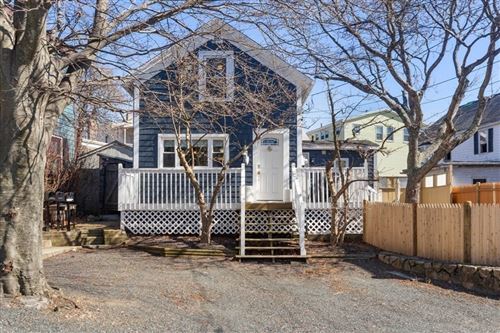 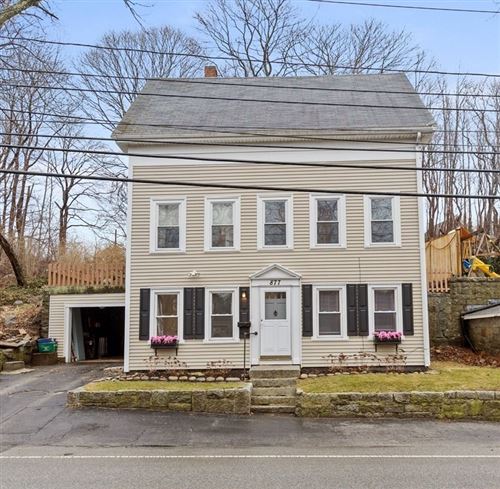 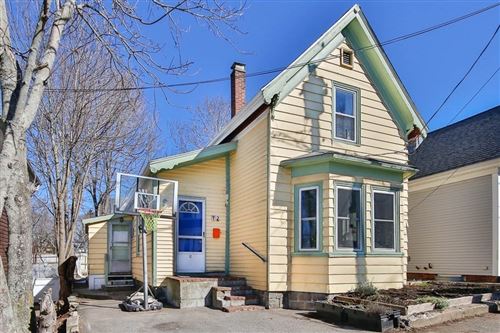 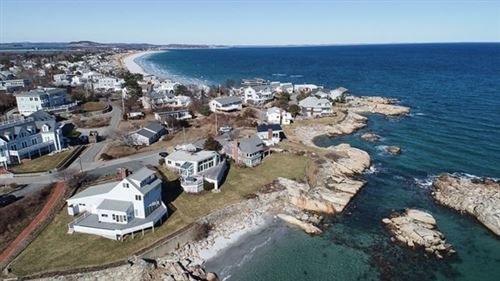 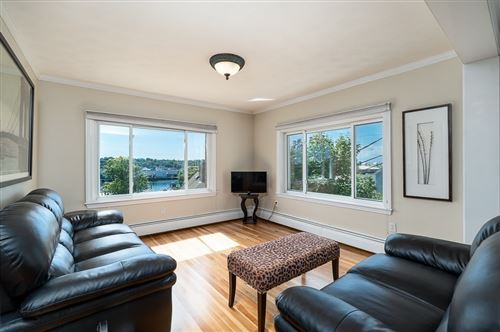 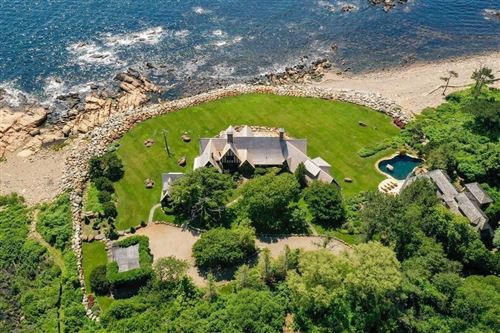 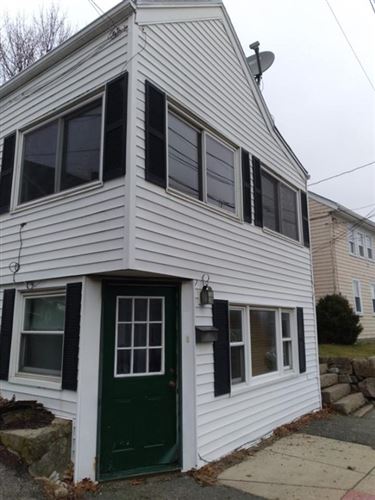 $9,000,000
Lot Size
2.34 ac
Home Size
10,400 sqft
Beds
3 Beds
Baths
6 Baths
Blown away by this company. I’ve worked with many agents/brokerage’s and this company is without a doubt the best! They were responsive, professional and completely determined when it came to...Read More »
in the last week via Google Kellie McLean
Professional. Responsive. Excellent customer service. I used this company to purchase my first home. Saw a home listed that morning and the agent took me to see it within a...Read More »
a month ago via Google Jeffrey Cluett
Joining The Realty Concierge has been one of the best decisions in my life. I feel honored to be working alongside a team of such dedicated and knowledgeable individuals. Working with...Read More »
in the last week via Google Eileen Turner
Extremely personable, well-informed, and courteous. Was shown a handful of properties and were responsive to all of my questions regarding the surrounding area. Helped effortlessly guide me through the...Read More »
a month ago via Google Andrew McAuliffe
My agent at The Realty Concierge was the best I’ve ever experienced. I got my dream home in the exact location I was looking for at UNDER asking! This is...Read More »
a month ago via Google Nate O'Farrell

The Realty Concierge is a group of proud real estate agents in Gloucester MA. Our core values of commitment, compassion, technical innovation, consistency, and boldness, accelerate as well as give us a measurable edge and impact on buying and selling.

With a population of 30049 and a median income of 65377, Gloucester is an excellent location with an extremely active market.

Gloucester is located right outside of Boston and has been frequently voted one of the best communities to live in. When it comes to buying a house in Gloucester, look no further than The Realty Concierge and our real estate agents in Gloucester MA

To learn more about any of the services that The Realty Concierge provides to Gloucester, call us at 781-349-6179 or fill out a contact form online.

Selling A Home in Gloucester, MA

The Realty Concierge’s highly trained and talented real estate agents in Gloucester MA have been helping home buyers and sellers in Gloucester for over 5 years. The Realty Concierge agents use many techniques such as photos, interactive floor plans, real estate websites, reverse prospecting, social media, and more. Our main goal is to attract as many potential buyers to your home as possible, because we know exactly how much your home has to offer!

The boundaries of Gloucester originally included the town of Rockport, in an area dubbed “Sandy Bay”. That village separated formally on February 27, 1840. In 1873, Gloucester was reincorporated as a city.

Gloucester was founded at Cape Ann by an expedition called the “Dorchester Company” of men from Dorchester (in the county of Dorset, England) chartered by James I in 1623. It was one of the first English settlements in what would become the Massachusetts Bay Colony, and predates both Salem in 1626 and Boston in 1630. The first company of pioneers made landing at Half Moon Beach and settled nearby, setting up fishing stages in a field in what is now Stage Fort Park. This settlement’s existence is proclaimed today by a memorial tablet, affixed to a 50-foot (15 m) boulder in that park.

At the Cape Ann settlement a legal form of government was established, and from that Massachusetts Bay Colony sprung. Roger Conant was the governor under the Cape Ann patent, and as such, has been called the first governor of Massachusetts.

Life in this first settlement was harsh and it was short-lived. Around 1626 the place was abandoned, and the people removed themselves to Naumkeag (what is now called Salem, Massachusetts), where more fertile soil for planting was to be found. The meetinghouse and governor’s house were even disassembled and relocated to the new place of settlement. At some point in the following years – though no record exists – the area was slowly resettled. The town was formally incorporated in 1642. It is at this time that the name “Gloucester” first appears on tax rolls, although in various spellings. The town took its name from the city of Gloucester in South-West England, perhaps from where many of its new occupants originated but more likely because Gloucester, England, was a Parliamentarian stronghold, successfully defended with the aid of the Earl of Essex against the King in the Siege of Gloucester of 1643.

This new permanent settlement focused on the Town Green area, an inlet in the marshes at a bend in the Annisquam River. This area is now the site of Grant Circle, a large traffic rotary at which Massachusetts Route 128 mingles with a major city street (Washington Street/Rt 127). Here the first permanent settlers built a meeting house and therefore focused the nexus of their settlement on the “Island” for nearly 100 years. Unlike other early coastal towns in New England, development in Gloucester was not focused around the harbor as it is today, rather it was inland that people settled first. This is evidenced by the placement of the Town Green nearly two miles from the harbor-front.

The Town Green is also where the settlers built the first school. By Massachusetts Bay Colony Law, any town boasting 100 families or more had to provide a public schoolhouse. This requirement was met in 1698, with Thomas Riggs standing as the town’s first schoolmaster.

The White-Ellery House was erected in 1710 upon the Town Green. It was built at the edge of a marsh for Gloucester’s first settled minister, the Reverend John White (1677–1760).

Early industry included subsistence farming and logging. Because of the poor soil and rocky hills, Cape Ann was not well suited for farming on a large scale. Small family farms and livestock provided the bulk of the sustenance to the population. Fishing, for which the town is known today, was limited to close-to-shore, with families subsisting on small catches as opposed to the great bounties yielded in later years. The fishermen of Gloucester did not command the Grand Banks until the mid-18th century. Historian Christine Heyrman, examining the town’s society between 1690 and 1750, finds that at the beginning community sensibility was weak in a town that was a loose agglomeration of individuals. Commerce and capitalism transformed the society, making it much more closely knit with extended families interlocking in business relationships.

Early Gloucestermen cleared great swaths of the forest of Cape Ann for farm and pasture land, using the timber to build structures as far away as Boston. The rocky moors of Gloucester remained clear for two centuries until the forest reclaimed the land in the 20th century. The inland part of the island became known as the “Commons”, the “Common Village”, or “Dogtown”. Here small dwellings lay scattered amongst the boulders and swamps, along roads that meandered through the hills. These dwellings were at times little more than shanties; only one was even two stories tall. Despite their size, several generations of families were raised in such houses. One feature of the construction of these houses was that under one side of the floor was dug a cellar hole (for the keeping of food), supported by a foundation of laid-stone (without mortar). These cellar holes are still visible today along the trails throughout the inland part of Gloucester; they, and some walls, are all that remain of the village there.

The town grew, and eventually colonists lived on the opposite side of the Annisquam River. This, in a time of legally mandated church attendance, was a long way to walk – or row – on a Sunday morning. In 1718 the settlers on the opposite shore of the river split off from the First Parish community at the Green and formed “Second Parish”. While still part of the town of Gloucester, the people of Second, or “West”, Parish now constructed their own meetinghouse and designated their own place of burial, both of which were in the hills near the marshes behind Wingaersheek Beach. The meetinghouse is gone now, but deep in the woods on the Second Parish Road, Old Thompson road, one can still find the stone foundation and memorial altar, as well as scattered stones of the abandoned burial ground.

Other parts of town later followed suit. Third Parish, in northern Gloucester, was founded in 1728. Fourth Parish split off from First Parish in 1742. Finally, in 1754, the people of Sandy Bay (what would later be called Rockport) split off from First Parish to found Fifth Parish. The Sandy Bay church founding was the last religious re-ordering of the colonial period. All of these congregations still exist in some form, with the exception of Fourth Parish, the site of whose meeting house is now a highway.

At one time, there was a thriving granite industry in Gloucester.