Let The Realty Concierge help you find the best Houses & Homes For Sale in Deerfield Massachusetts. We specialize in all purchase and sale transactions.

36A Snowberry Circle #36A
Deerfield, MA 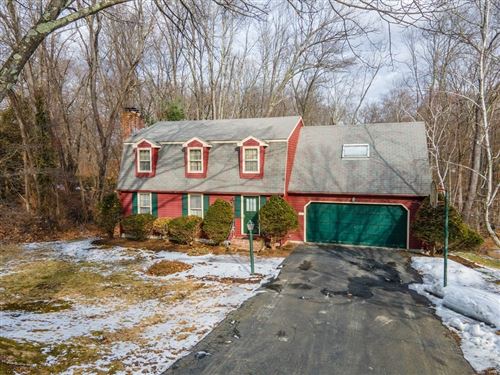 The Realty Concierge is a group of proud real estate agents in Deerfield MA. Our core values of commitment, compassion, technical innovation, consistency, and boldness, accelerate as well as give us a measurable edge and impact on buying and selling.

With a population of 677 and a median income of 83359, Deerfield is an excellent location with an extremely active market.

Deerfield is located right outside of Boston and has been frequently voted one of the best communities to live in. When it comes to buying a house in Deerfield, look no further than The Realty Concierge and our real estate agents in Deerfield MA

To learn more about any of the services that The Realty Concierge provides to Deerfield, call us at 781-349-6179 or fill out a contact form online.

Selling A Home in Deerfield, MA

The Realty Concierge’s highly trained and talented real estate agents in Deerfield MA have been helping home buyers and sellers in Deerfield for over 5 years. The Realty Concierge agents use many techniques such as photos, interactive floor plans, real estate websites, reverse prospecting, social media, and more. Our main goal is to attract as many potential buyers to your home as possible, because we know exactly how much your home has to offer!

For several decades during the late seventeenth and early eighteenth centuries, Deerfield was the northwesternmost outpost of New England settlement. It occupies a fertile portion of the upper Connecticut River Valley now known as the Pioneer Valley. It was vulnerable to attack because of its position near the Berkshires highlands. For these reasons it was the site of intertribal warfare and several Anglo-French and Indian skirmishes during its early history.

At the time of the English colonists’ arrival, the Deerfield area was inhabited by the Algonquian-speaking Pocumtuck nation, who settled a major village by the same name. English colonists arrived in 1673, and Deerfield was incorporated in 1677. Settlement was the result of a court case in which the government in Boston returned some of Dedham to Native American control in exchange for land in the new township of Pocumtuck, on which Dedham residents could settle. The Dedham settlers’ agent, John Plympton, signed a treaty with the Pocumtuck, including a man named Chaulk. But he had no authority to deed the land to the colonists and appeared to have only a rough idea of what he was signing. Native Americans and the English had different ideas about property and land use; this, along with competition for resources, contributed to conflicts between them.

The Pocumtuck were much reduced in number by the time the settlers arrived, as they had been victims of infectious diseases and war with the more powerful Mohawk. The settlers forcibly expelled the few Pocumtuck who remained; the Pocumtuck in turn sought French protection in Canada from the English colonists. At the Battle of Bloody Brook, on September 18, 1675 during King Philip’s War, the dispossessed Indians destroyed a small force under the command of Captain Thomas Lathrop before being driven off by reinforcements. Colonial casualties numbered about 60. At dawn on May 19, 1676, Captain William Turner led an army of settlers in a surprise retaliatory attack on Peskeompskut, in present-day Montague, then a traditional native gathering place. Turner and his men killed 200 natives, mostly women and children. When the men of the tribe returned, they routed Turner’s forces; Turner died of a mortal wound at Green River.

In the pre-dawn hours of February 29, 1704, during Queen Anne’s War, joint French and Indian forces (including 47 Canadians and 200 Abenaki, along with some Kanienkehaka (Mohawk), Wyandot, and a few Pocumtuck, all under the command of Jean-Baptiste Hertel de Rouville) attacked the town in what became known as the Raid on Deerfield. They razed much of the settlement and killed 56 colonists, including 22 men, 9 women, and 25 children. The attackers took 112 captives, including women and children, and forced them on a months-long trek to Montreal, nearly 300 miles to the north. Many died along the way; others were killed because they could not keep up.

In this period, there was an active trade in ransoming captives among both the English and French. Deerfield and other communities collected funds to ransom the captives, and negotiations were conducted between the colonial governments. When the Massachusetts Bay Colony released the French pirate Pierre Maisonnat dit Baptiste, Canada arranged redemption of numerous Deerfield people, among them the prominent minister John Williams. He wrote a captivity narrative about his experience, which was published in 1707 and became well known.

In addition to ransoming captives, because of losses to war and disease, families of the Mohawk and other tribes often adopted younger captives into their tribes. Such was the case with Williams’s daughter Eunice, who was 8 years old when captured. She became thoroughly assimilated and at age 16 married a Mohawk man. They had a family and she stayed with the Mohawk for the rest of her life. Most of the Deerfield captives eventually returned to New England; others remained by choice in French and Native communities, such as Kahnawake, for the rest of their lives.

As the frontier moved north, Deerfield became another colonial town with an unquiet early history. In 1753 Greenfield was set off and incorporated. During the early nineteenth century, Deerfield’s role in Northeast agricultural production declined. It was overtaken by the rapid development of the Midwestern United States as the nation’s breadbasket, as transportation to eastern markets and New York City was enhanced by construction of the Erie Canal and later railroads.

During the Colonial Revival movement of the late nineteenth century, Deerfield citizens rediscovered the town’s past. Residents founded the Pocumtuck Valley Memorial Association in 1870 and erected monuments to commemorate various events, including the Bloody Brook and 1704 attacks. In 1890 Charlotte Alice Baker returned to Deerfield to restore her family home, the Frary House. Baker was assisted by the Boston architectural firm Shepley, Rutan & Coolidge, and her project was one of the first in historic preservation in western Massachusetts.

Local historian George Sheldon wrote an account of the town’s early history that was published in the late nineteenth century. By this time South Deerfield and other New England villages were already absorbing a new wave of Eastern European immigrants, particularly from Poland. The new people influenced Deerfield’s demographics and culture. They were mostly Catholic peasants, who built their own churches. Working first as laborers, they formed a community later known as Old Polonia. Twentieth-century immigrants from Poland tended to be more educated but settled in the larger cities. Immigrants in smaller communities followed different paths, and their descendants often moved to cities for more opportunities.

Today, heritage tourism is Deerfield’s principal industry and is important to the Pioneer Valley. “Historic Deerfield” has been designated as a National Historic Landmark district, containing eleven house museums and a regional museum and visitors’ center. It focuses on decorative arts, early American material culture, and history. Its eleven house museums offer interpretation through the late nineteenth century. The Pocumtuck Valley Memorial Association operates the Memorial Hall Museum, which opened in 1880; and the Indian House Memorial Children’s Museum and Bloody Brook Tavern. Deerfield is a center of heritage tourism in the Pioneer Valley near the Connecticut River. The Yankee Candle Company is an example of one of many commercial businesses associated with this history.

Deerfield’s northern point is located at the confluence of the Deerfield and Connecticut rivers, with the former flowing through the northwest corner of the town and the latter forming the eastern border of the town. Several brooks and the Mill River also flow through the town. North Sugarloaf Mountain rises above the Connecticut in the southeast corner, providing a panoramic view of the valley and the town center. The Pocumtuck Range rises along the eastern side of town north of Sugarloaf.

Interstate 91 passes from south to north through the central part of town, crossing the Deerfield River near the river’s southernmost bend. The interstate is paralleled by U.S. Route 5 and Massachusetts Route 10, which run concurrently through the town. Route 116 also passes through town, combining with Routes 5 and 10 for a one-mile stretch, briefly passing into Whately before separating and crossing through the southern part of town and over the Connecticut River at the Sunderland Bridge. All three routes historically crossed through the center of the village prior to the construction of I-91 but were rerouted to a more direct route closer to the highway.

A portion of the Springfield Terminal freight rail line passes through the town before branching off eastward and westward around Greenfield. The nearest Amtrak passenger service is in Springfield; a stop in Greenfield is in operation as part of the rerouting of Amtrak’s Vermonter route. Deerfield has bus service through Peter Pan Bus Lines; the nearest small air service is in Gill and Northampton. The nearest national air service is Bradley International Airport in Windsor Locks, Connecticut.

There were 2,053 households, out of which 26.3 percent had their own children under the age of 18 living with them; 52.4 percent were married couples living together, 9.4 percent had a female householder with no husband present, and 34.2 percent were nonfamilies. Individuals made up 26.3 percent of all households. The average household size was 2.33, and the average family size was 2.83.

Deerfield employs the open town meeting form of government and is led by a board of selectmen. The town has its own police, fire, and public works departments. The fire department and the post office both have two branches, in South Deerfield (where most of the town offices are) and in Old Deerfield Village, near Memorial Hall and the Old Town Hall. The town’s Tilton Library is connected to the regional library network and is located in South Deerfield. The nearest hospital, Franklin Medical Center, is located in Greenfield, as are many regional state offices.