Let The Realty Concierge help you find the best Houses & Homes For Sale in Bourne Massachusetts. We specialize in all purchase and sale transactions. 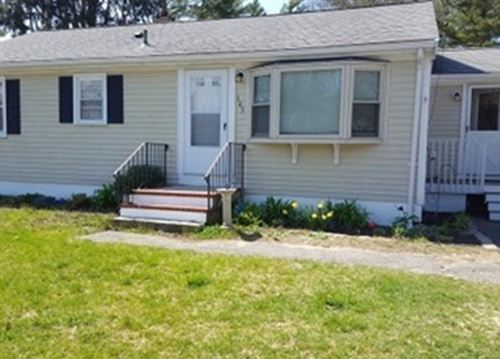 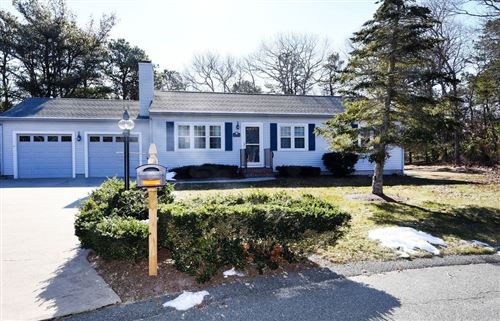 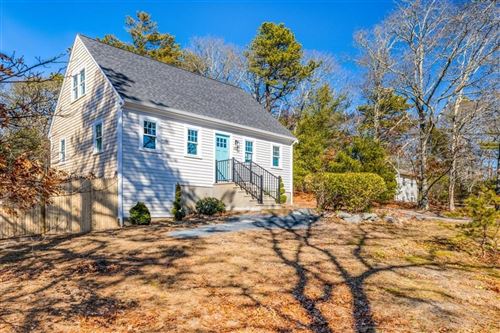 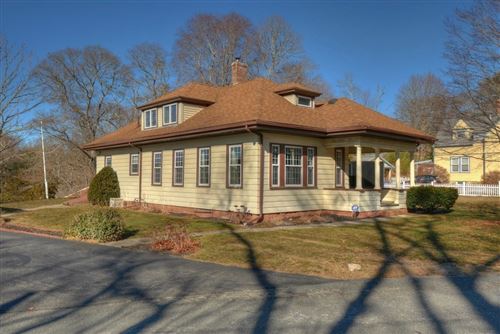 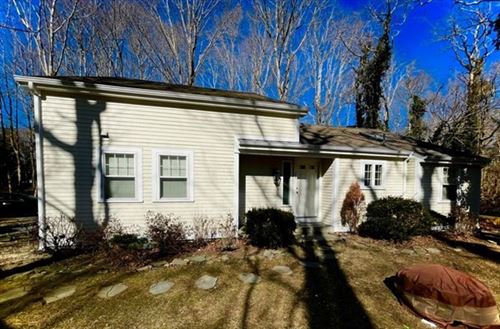 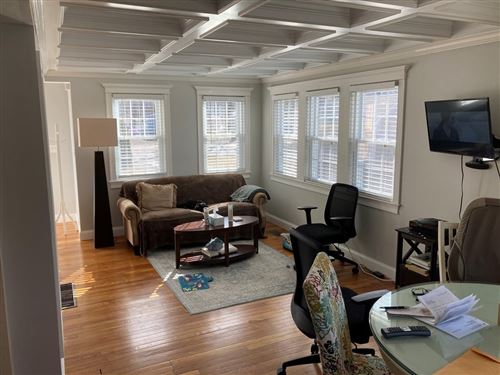 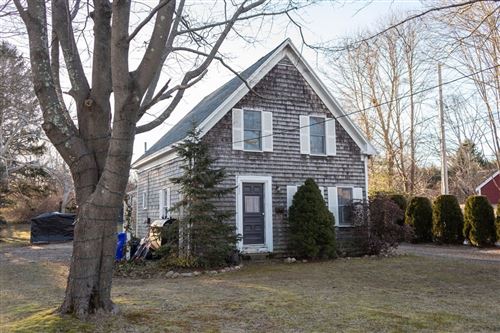 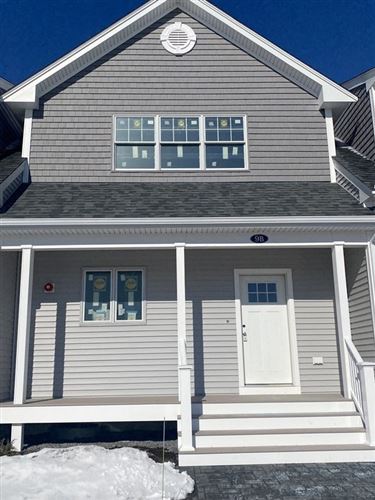 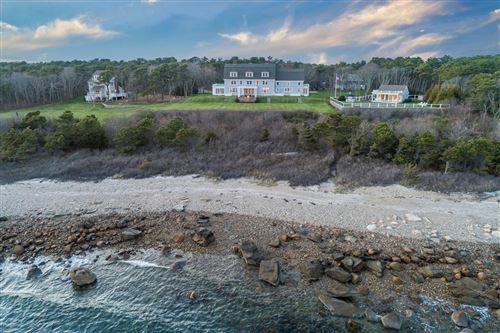 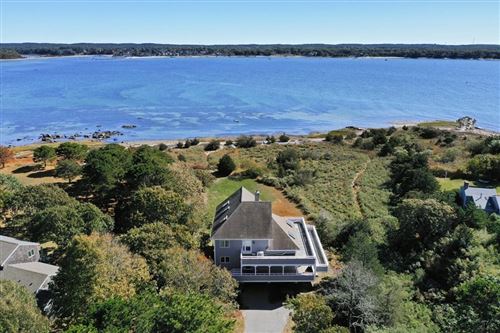 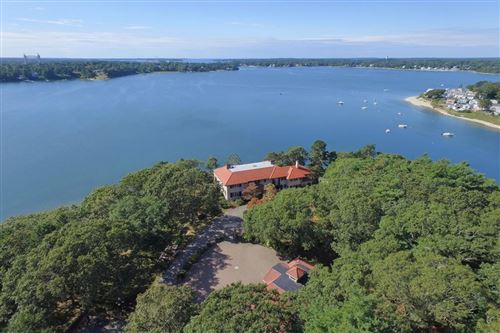 $3,700,000
Lot Size
16.00 ac
Home Size
6,083 sqft
Beds
6 Beds
Baths
7 Baths
Blown away by this company. I’ve worked with many agents/brokerage’s and this company is without a doubt the best! They were responsive, professional and completely determined when it came to...Read More »
in the last week via Google Kellie McLean
Professional. Responsive. Excellent customer service. I used this company to purchase my first home. Saw a home listed that morning and the agent took me to see it within a...Read More »
a month ago via Google Jeffrey Cluett
Joining The Realty Concierge has been one of the best decisions in my life. I feel honored to be working alongside a team of such dedicated and knowledgeable individuals. Working with...Read More »
in the last week via Google Eileen Turner
Extremely personable, well-informed, and courteous. Was shown a handful of properties and were responsive to all of my questions regarding the surrounding area. Helped effortlessly guide me through the...Read More »
a month ago via Google Andrew McAuliffe
My agent at The Realty Concierge was the best I’ve ever experienced. I got my dream home in the exact location I was looking for at UNDER asking! This is...Read More »
a month ago via Google Nate O'Farrell

The Realty Concierge is a group of proud real estate agents in Bourne MA. Our core values of commitment, compassion, technical innovation, consistency, and boldness, accelerate as well as give us a measurable edge and impact on buying and selling.

With a population of 1169 and a median income of 47851, Bourne is an excellent location with an extremely active market.

Bourne is located right outside of Boston and has been frequently voted one of the best communities to live in. When it comes to buying a house in Bourne, look no further than The Realty Concierge and our real estate agents in Bourne MA

To learn more about any of the services that The Realty Concierge provides to Bourne, call us at 781-349-6179 or fill out a contact form online.

Selling A Home in Bourne, MA

The Realty Concierge’s highly trained and talented real estate agents in Bourne MA have been helping home buyers and sellers in Bourne for over 5 years. The Realty Concierge agents use many techniques such as photos, interactive floor plans, real estate websites, reverse prospecting, social media, and more. Our main goal is to attract as many potential buyers to your home as possible, because we know exactly how much your home has to offer!

Bourne was first settled in 1640 by Ezra Perry as a part of the town of Sandwich. Prior to its separation from Sandwich, the area was referred to as West Sandwich. It was officially incorporated in 1884, the last town to be incorporated in Barnstable County. It was named for Jonathan Bourne Sr. (1811–1889), whose ancestor Richard Bourne represented Sandwich in the first Massachusetts General Court and was the first preacher to the Mashpee Wampanoag on Cape Cod. The town lies at the northeast corner of Buzzards Bay and is the site of Aptucxet Trading Post, the nation’s oldest store. It was founded by the Pilgrims in 1627 at a site halfway between the two rivers which divided Cape Cod from the rest of the state. It was out of this location that the Cape Cod Canal was formed, in order to save time and lives by eliminating the need to sail around the hazardous eastern shores of the Cape. Because of the canal, Bourne is now considered the “first” town on the Cape, as all three bridges (the Bourne, Sagamore and the Cape Cod Canal Railroad Bridge) are located within the town. Most of Bourne is on Cape Cod, Buzzards Bay and Sagamore Beach being the villages that are on the mainland side with Buttermilk bay forming the western edge of the peninsula (cape) and the Bourndale Road forming the northern boundary to the cape.

Bourne is the site of the Massachusetts Maritime Academy, a maritime college located at the southern mouth of the canal on the western shore.

Bourne is home to an archaeological curiosity known as the “Bourne stone”, featuring markings whose origin and significance have not been conclusively established.

Bourne is located at the western end of Cape Cod, with the Cape Cod Canal cutting across the northern portion of the town. It is bordered by Sandwich to the east, Falmouth to the south, Marion and Wareham to the west, and Plymouth and Cape Cod Bay to the north. The town lies approximately 20 miles (32 km) west of Barnstable, 55 miles (89 km) south-southeast of Boston, and the same distance east of Providence, Rhode Island. The border with Plymouth and Wareham in Plymouth County constitutes the only landed border between Barnstable County and any other county (the borders with Dukes and Nantucket counties lie in Nantucket Sound). Major localities of Bourne include Bournedale and Buzzards Bay on the west side of the Cape Cod Canal, Sagamore, which straddles the canal, and Bourne village, Monument Beach, Pocasset, and Cataumet on the east side of the canal.

Bourne’s geography was formed around its location on Buzzards Bay and the Cape Cod Canal. There are several necks (the local term for a peninsula) and islands along the shore, which create several small coves and harbors. There are also several small ponds and rivers, all of which (except the Herring River, which feeds directly into the Canal) feed into Buzzards Bay. The largest of these inlets, Buttermilk Bay, lies along the border with Wareham. Because of the large parcel of land occupied by Otis A.N.G.B. in the eastern part of the town, the majority of settlement is either along the shores of the Canal or along Buzzards Bay. There is also a small neighborhood (South Sagamore) located between the Canal and the northern boundaries of the base. Bourne has a town forest and a small portion of the Shawme-Crowell State Forest, which is located along Otis’s northern boundary. There are also many beaches along its shores, mostly along Buzzards Bay (although Sagamore Beach lies along Cape Cod Bay).

On the national level, Bourne is a part of Massachusetts’s 9th congressional district, and is currently represented by Bill Keating. The state’s senior (Class I) member of the United States Senate, elected in 2012, is Elizabeth Warren. The junior (Class II) senator, Edward Markey, was elected in 2013.

The town uses the open town meeting form of government, which is led by a board of selectmen. Members of the Board of Selectmen are Peter Meier – Senior Tenured Board Member, Judith McLeod Froman – Chairman, Jim Potter – Vice Chairman, George Slade- Clerk and Jarod MacDonald. The town hall, like the police station, lies on the mainland side of the Canal. There are four fire stations located throughout the town, and seven post offices for the town’s eight ZIP codes. The town’s Jonathan Bourne Public Library is located near the Aptucxet Trading Post, just south of the Bourne Bridge, and is a member of the Cape Libraries Automated Materials Sharing (CLAMS) library network.

There are no interstate highways on Cape Cod. As such, the largest highways in Bourne are Massachusetts Route 3, U.S. Route 6, Massachusetts Route 25 and Massachusetts Route 28. Routes 6 and 28 enter the town concurrently from Wareham, bypassing Buzzards Bay to the north. At the Buzzards Bay Rotary the two routes split. Route 6 goes straight ahead and assumes its old alignment as a four-lane highway along the north side of the Cape Cod Canal, going through the village of Bournedale before becoming the Mid-Cape Highway, a four-lane limited-access highway beginning at the western approach to the Sagamore Bridge. Sandwich Road, the road parallel to Route 6 running along the south side of the canal, was formerly signed as Route 6W. Currently it is an unsigned two-lane state highway that is used as an alternate to Route 6. Sandwich Road becomes Massachusetts Route 6A east of the intersection with Cranberry Highway, a road that acts as a connector between Route 6A and Route 6 eastbound prior to the approach of the Sagamore Bridge. Route 28 splits off at the Buzzards Bay Rotary as a ramp headed to the Bourne Bridge and Route 25. Route 25’s terminus is just prior to the northern approach of the Bourne Bridge where the highway continues as Route 28 south. At the southern end of the bridge is the Bourne Rotary, where Sandwich Road intersects. Route 28 continues past the rotary as a four-lane divided highway, officially known as McArthur Boulevard. At the Otis Rotary, the intersection with the road leading to the main gate to Otis Air Force Base, Route 28A spurs off and heads towards Woods Hole in Falmouth. It is at this point that the highway goes from being a surface road to a true limited-access highway. Route 3, also known as the Pilgrims Highway, ends at the junction of Route 6, just prior to the Sagamore Bridge. Up until 2006, the intersection was a rotary, which caused daily traffic nightmares during the busy summer tourist season. The rotary was removed in 2007.

The third bridge over the Canal is the Cape Cod Canal Railroad Bridge, a vertical lift bridge. Freight rail service is provided by the Massachusetts Coastal Railroad. The town is part of the MBTA district and is directly served by the seasonal CapeFlyer at Buzzards Bay station and Bourne station. The closest MBTA Commuter Rail stations are Middleborough/Lakeville and Kingston/Route 3, which provide direct service to Boston. The nearest inter-city (Amtrak) passenger rail stations are Boston’s South Station and Providence. The Cape Cod Central Railroad operates seasonal tourist excursions from Hyannis to Sagamore, with occasional special excursions to Buzzards Bay village.

There are no public air facilities in town; the town is roughly equidistant between the Plymouth and Barnstable municipal airports. The nearest national and international airports are Logan International Airport in Boston and T. F. Green Airport outside Providence.