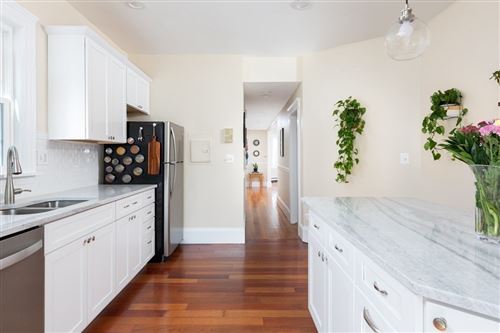 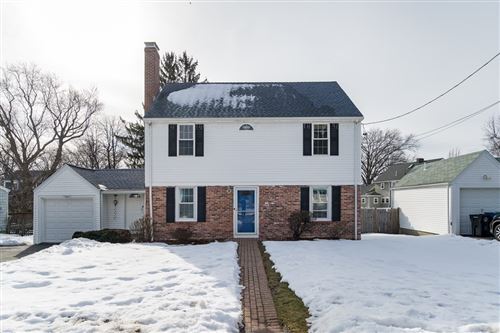 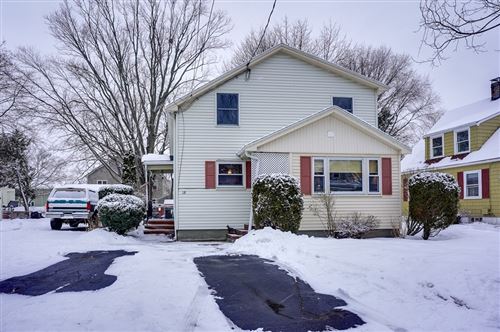 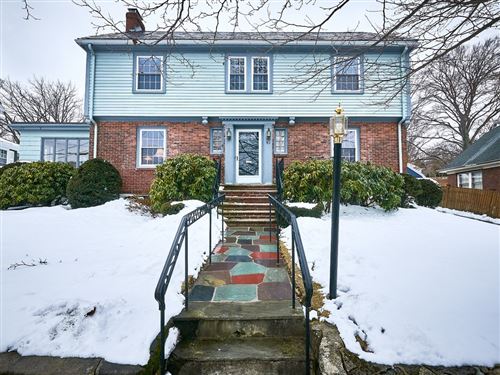 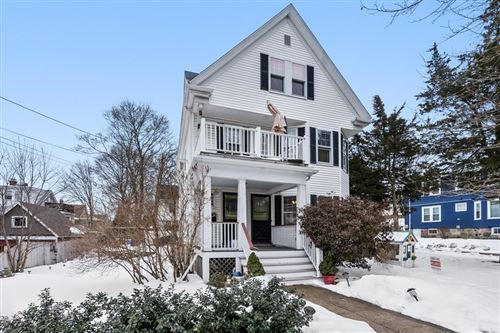 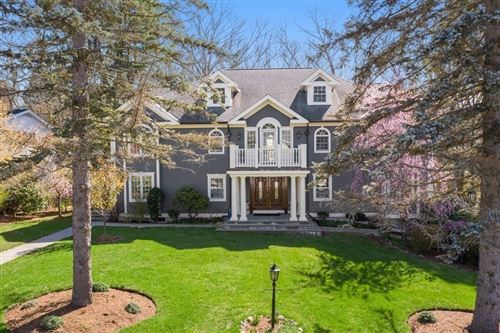 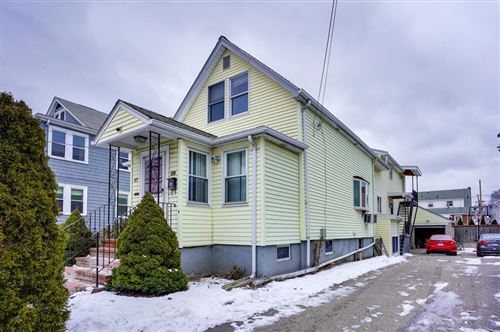 The Realty Concierge is a group of proud real estate agents in Belmont MA. Our core values of commitment, compassion, technical innovation, consistency, and boldness, accelerate as well as give us a measurable edge and impact on buying and selling.

With a population of 26043 and a median income of 120208, Belmont is an excellent location with an extremely active market.


Buying A Home in Belmont, MA

Belmont is located right outside of Boston and has been frequently voted one of the best communities to live in. When it comes to buying a house in Belmont, look no further than The Realty Concierge and our real estate agents in Belmont MA

To learn more about any of the services that The Realty Concierge provides to Belmont, call us at 781-349-6179 or fill out a contact form online.

Selling A Home in Belmont, MA

The Realty Concierge’s highly trained and talented real estate agents in Belmont MA have been helping home buyers and sellers in Belmont for over 5 years. The Realty Concierge agents use many techniques such as photos, interactive floor plans, real estate websites, reverse prospecting, social media, and more. Our main goal is to attract as many potential buyers to your home as possible, because we know exactly how much your home has to offer!

Belmont was established on March 10, 1849, by former citizens of, and land from the bordering towns of Watertown, to the south; Waltham, to the west; and Arlington, then known as West Cambridge, to the north. They also wanted a town where no one could buy or sell alcohol (today, a person can buy alcohol in this town). The town was named after Bellmont, the 200 acre (0.8 km2) estate of the largest donor to its creation, John Perkins Cushing. Cushing Square is named after him and what was left of his estate after it nearly burned to the ground became a Belmont Public Library branch. The easternmost section of the town, including the western portion of Fresh Pond, was annexed by Cambridge in 1880 in a dispute over a slaughterhouse licensed in 1878 on Fresh Pond, so that Cambridge could protect Fresh Pond, a part of its municipal water system.

Preceding its incorporation, Belmont was an agrarian based town, with several large farms servicing Boston for produce and livestock. It remained largely the same until the turn of the twentieth century, when trolley service and better roads were introduced, making the town more attractive as a residential area, most notably for the building of large estates. Belmont’s population grew by over 70 percent during the 1920s.

The economics of the town shifted from purely agrarian to a commercial greenhouse base; much of the flower and vegetable needs of Boston were met from the Belmont ‘hothouses’ which persisted until about 1983 when Edgar’s, the last large greenhouse firm in the area, closed.[citation needed] Other commercial enterprises in Belmont included mining clay and waste management. The reclamation of a large dump and quarry off Concord Avenue into sites for the Belmont High School and the Clay Pit Pond stands as a lasting example of environmental planning. With the introduction of automobiles and highways, Belmont continued its transition to a commuter-based suburb throughout the twentieth century.

Belmont was the home of the headquarters of the John Birch Society from the organization’s founding in 1958 until its relocation to Appleton, Wisconsin in 1989. The building at 395 Concord Avenue later became the headquarters of the National Association for Armenian Studies and Research (NAASR), which is expanding and renovating its facility as of 2019.

Belmont was once served by two railroads, the Fitchburg Railroad and the Central Massachusetts Railroad, both of which were later to become part of the Boston & Maine Railroad system. Originally the two railroads each had their own separate trackage through town, but in 1952 the Central Mass tracks were removed between Hill’s Crossing and Clematis Brook (Waltham), and rail traffic was rerouted over the Fitchburg line.

Today the MBTA owns the trackage that runs through Belmont, which is known as the Fitchburg Line. Passenger service on this line currently terminates at Fitchburg, but it once was the area’s main route into New York state.[citation needed] As of 2011, the MBTA was planning to extend future service to West Fitchburg.[citation needed]

The station stops at Belmont Center and Waverley were once grade crossings, so that pedestrian and vehicular traffic had to cross directly over rails that were in public roads.[citation needed] In 1907, the grade at Belmont Center was eliminated by constructing a stone arch bridge and elevated embankment to carry the tracks past a new station building.[citation needed] At Waverley, the grade was lowered so that the tracks ran under Trapelo Road, though the platform did not have an enclosed structure at that location.

A second historic railroad station building exists in Belmont, though it is not obvious. The one-room Wellington Hill Station was originally built in the 1840s as a private school, not far from its current location in Belmont Center. It was then used by the Fitchburg Railroad from 1852 to 1879. When the railroad decided to replace the station with a larger structure, the building was moved to the Underwood Estate and used as a summer house. In 1974, the station was donated to the Belmont Historical Society. It was restored and relocated to its current location in 1980.[citation needed]

Belmont remains a primarily residential suburb, with little population growth since the 1950s. It is best known for the mansion-filled Belmont Hill neighborhood, although most residents live in more densely settled, low-lying areas around the Hill. There are three major commercial centers in the town: Belmont Center in the center, Cushing Square in the south, and Waverley Square in the west. Town Hall and other civic buildings are located in Belmont Center. Large tracts of land from former farms and greenhouse estates form public or publicly accessible areas such as Rock Meadow, Habitat, portions of the McLean Hospital tract and various town fields.

In 2002, Middlesex County was ranked in the worst 10% of polluted counties in the United States in terms of air and water pollution. Two companies that ranked in the top 10 for polluters in the county were Polaroid Corporation in Waltham and the Cambridge Plating Company in Belmont, which is located several hundred feet from Belmont High School. Now operated by Purecoat North LLC, the Cambridge Plating Company was fined by the Environmental Protection Agency in 2002 following various violations and in 2004 following a fire that led to an accumulation of toxic wastewater.

The chemicals released were trichloroethylene and dichloromethane, both of which are harmful and have been shown to cause cancer. These chemicals are released into the air so it is difficult to trace them and to determine the source as there are also several other industries in the area that release the same pollutants.

In 2004, the town of Belmont first hosted an annual community environmental fair to encourage environmentally friendly behavior for its residents.

Belmont has been referred to as a “Mormon enclave” due to the location of the Boston Massachusetts Temple of the LDS Church at the highest elevation in the town. The prominent gold statue of the Angel Moroni atop the Temple was originally designed by Cyrus Dallin in nearby Arlington, Massachusetts.

The executive branch of the town government consists of a three-person Board of Selectmen elected by the residents. The Selectmen appoint a Town Administrator who is in charge of daily operations.

The legislative branch is a representative town meeting, with eight districts each electing 36 representatives, plus ex-officio members and a Town Moderator to run the annual meeting.