Let The Realty Concierge help you find the best Houses & Homes For Sale in Ayer Massachusetts. We specialize in all purchase and sale transactions. 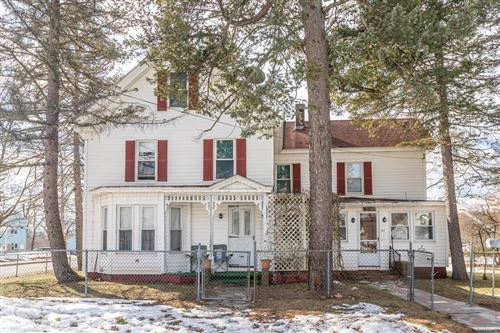 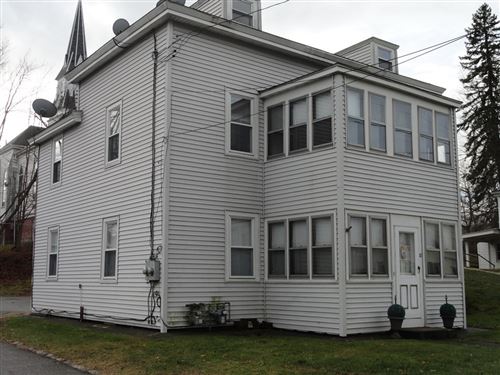 $319,900
Lot Size
10,455 sqft
Home Size
1,828 sqft
Beds
4 Beds
Baths
2 Baths
Blown away by this company. I’ve worked with many agents/brokerage’s and this company is without a doubt the best! They were responsive, professional and completely determined when it came to...Read More »
in the last week via Google Kellie McLean
Professional. Responsive. Excellent customer service. I used this company to purchase my first home. Saw a home listed that morning and the agent took me to see it within a...Read More »
a month ago via Google Jeffrey Cluett
Joining The Realty Concierge has been one of the best decisions in my life. I feel honored to be working alongside a team of such dedicated and knowledgeable individuals. Working with...Read More »
in the last week via Google Eileen Turner
Extremely personable, well-informed, and courteous. Was shown a handful of properties and were responsive to all of my questions regarding the surrounding area. Helped effortlessly guide me through the...Read More »
a month ago via Google Andrew McAuliffe
My agent at The Realty Concierge was the best I’ve ever experienced. I got my dream home in the exact location I was looking for at UNDER asking! This is...Read More »
a month ago via Google Nate O'Farrell

The Realty Concierge is a group of proud real estate agents in Ayer MA. Our core values of commitment, compassion, technical innovation, consistency, and boldness, accelerate as well as give us a measurable edge and impact on buying and selling.

With a population of 2604 and a median income of 67411, Ayer is an excellent location with an extremely active market.

Ayer is located right outside of Boston and has been frequently voted one of the best communities to live in. When it comes to buying a house in Ayer, look no further than The Realty Concierge and our real estate agents in Ayer MA

To learn more about any of the services that The Realty Concierge provides to Ayer, call us at 781-349-6179 or fill out a contact form online.

Selling A Home in Ayer, MA

The Realty Concierge’s highly trained and talented real estate agents in Ayer MA have been helping home buyers and sellers in Ayer for over 5 years. The Realty Concierge agents use many techniques such as photos, interactive floor plans, real estate websites, reverse prospecting, social media, and more. Our main goal is to attract as many potential buyers to your home as possible, because we know exactly how much your home has to offer!

Ayer was originally inhabited by the Nashaway, a Nipmuc people that inhabited the lands along the Nashua River and its tributaries. A small settlement was located along the banks of the Nonacoicus Brook, located in the western part of the town. The name of the Nashaway village, its people and the brook, pronounced by locals as /ˈnɒ nə ˌkɔɪ ʃəs/, was also recorded in early English sources as ‘Nonajcoyjicus,’ ‘Nonocoyecos,’ ‘Nonacoiacus’ and ‘Nonaicoics.’ According to the personal manuscripts of Justice Samuel Sewall, best known for his controversial role in the Salem witch trials, he was told sometime in 1698 by Hanah, wife of Sachem Ahaton of the Ponkapoag Massachusett tribe, that the name was actually Nunnacoquis (modern Wôpanâak Massachusett dialect Nunahkuqees /nənahkəkʷiːs/) and signified ‘an Indian earthen pot’ although literally refers to a ‘small dry earthen pot.’ The name was likely a reference to a series of small mounds along the banks of the Nonacoicus Brook.

Very little archaeological evidence has been found of settlement in the region, most likely lost to centuries of cultivation and development, although a handful of stone tools or evidence of habitation have been found along the shores of the Nashua River, Nonacoicus Brook, Sandy Pond and Long Pond as well as a rock shelter on Snake Hill. Although some have been dated to the Early Woodland Period (3000-2000 BP), the majority of findings are from the Late Woodland and Early Contact Period (1000-450 BP). In addition, portions of Main Street and Sandy Pond Road are believed to follow the vast network of trails used by Native peoples for trade, travel and communication. The Nashaway likely cultivated corn, beans and squash, but depended on foraging for fruits, nuts, tubers and seeds to supplement their diets. Seasonally, camps were set up in hunting areas, but the most important gatherings were likely the annual spawning migrations of Atlantic salmon, alewife, American shad, blueback herring and sea lamprey that once swam up the Nashua River from the sea via the Merrimack River.

The arrival of English settlers in the seventeenth century greatly disrupted things. Virgin soil epidemics such as smallpox, leptospirosis, influenza, scarlet fever and measles ravaged Native communities due to their lack of immunity to Old World diseases. The influx of English settlers also led to competition for land and resources and efforts to subjugate and assimilate the Native peoples. The Nashaway were visited by the missionary John Eliot, who had translated the Bible in the Massachusett language, understood throughout New England as a second language, began teaching Indians to read and write and train as missionaries and teachers. Land was set aside for the Indians for the Praying town of Nashoba in what is now neighboring Littleton, Massachusetts which likely attracted many of the Nashaway families in the surrounding areas. Nashoba was one of fourteen communities in the colony established for the Indian converts, where they came to meld English and traditional ways.

By 1675, the peace between the English settlers and the Native Americans was broken with the uprising of the Wampanoag sachem Metacomet. The Praying Indians, the inhabitants of the Praying towns such as Nashoba, were rounded up by English colonial militias and sent to Deer Island where most froze or starved to death. Although heavy losses were inflicted on both sides, the English won and executed a vast number of Indians or sold them to slavery in the West Indies. Many left the region and chose to seek safety with the Abenaki and the French colonists in what is now Canada. Nashoba remained in Indian hands until 1736, the Native Americans began to congregate into a smaller number of communities. Three state-recognized tribes of Nipmuc, descended from the remnant communities that survived the epidemics and King Philip’s War include the Chaubunagungamaug Nipmuck of Webster, Massachusetts, the Hassanamisco Nipmuc of Grafton, Massachusetts and the Natick Massachusett-Nipmuc, a Massachusett people of partial Nipmuc ancestry.

The town of Groton, which originally included Ayer as well as several other towns in the region, was settled by English colonists as early as 1655. The first settlement in the portion of Groton that would become Ayer was in 1667, when a mill was constructed to serve a small hamlet that had developed around the Nonacoicus Brook.

The community eventually came to be known as South Groton, or with the arrival of the railroad, Groton Junction. This area was later partitioned and incorporated as the town of Ayer in 1871. The town was named Ayer in honor of Dr. James Cook Ayer, a prominent resident of Lowell, Massachusetts and one of the wealthiest pharmaceutical manufacturers of his day. Dr. Ayer provided the funding for the construction of the Town Hall.

The town’s growth was influenced by a period of rapid development of railroad transportation. Though only 9.5 square miles (25 km2) in area, the town became a major junction for both east-west and north-south rail lines, and developed into an important commercial center oriented towards the rail industry. Known as Groton Junction and later Ayer Junction, the intersecting railroads included:

The split between the Stony Brook and Fitchburg main line was moved east from the central junction to reduce parallel trackage.

During the Civil War an army training camp, Camp Stevens, was located near the Nashua River. Camp Devens, which eventually became Fort Devens, was established in 1917, during World War I. The presence of thousands of military and civilian personnel on the base shifted Ayer’s commercial development towards meeting their needs until Fort Devens was closed in 1996, but was reopened the next day as a reserve training area. It has since been reopened, although on a much smaller scale than the days when it was active.

In 1935, the largest Nordic ski jump in North America was constructed at Pingry Hill near the Willows. A 700-foot-high wooden trestle build, the ski jump operated for a single winter season amid the hardships of Great Depression-era Ayer. Part of the structure was blown down by the wind in the summer of 1936 and it was never rebuilt. Some of the lumber was salvaged by local residents over the next few years. As of 2013, no trace of the massive structure remains.

Within its relatively small area Ayer boasts numerous industries, including plants belonging to Cains (no longer in business since August 2017), Vitasoy and Pepsi, a historical downtown unique to the region, and modern commuter rail service to Boston.

The Hollywood film Conviction depicted the legal drama surrounding the investigation, conviction and eventual exoneration of Kenneth “Kenny” Waters, for the 1980 murder of Katharina Brow. Waters’ sister Betty Anne worked with the Innocence Project, a nonprofit organization devoted to overturning the wrongful convictions using DNA test results as evidence. In 2009 the town and its insurers eventually paid a $3.4 million settlement in response to a civil rights lawsuit by the estate of Kenneth Waters.

Ayer borders the towns of Shirley, Groton, Littleton, and Harvard.

As a New England town, Ayer is governed by town meeting and a three-member board of selectmen.

The Montachusett Regional Transit Authority (MART) serves the town of Ayer. The MBTA Commuter Rail’s Fitchburg Line provides service to and from North Station in Boston at Ayer station.

Freight trains travel daily through Ayer over the tracks of the historic Stony Brook Railroad. The line currently serves as a major corridor of Pan Am Railway’s District 3 which connects New Hampshire and Maine with western Massachusetts, Vermont, and New York.

The southern segment of the Nashua River Rail Trail commences in Ayer.